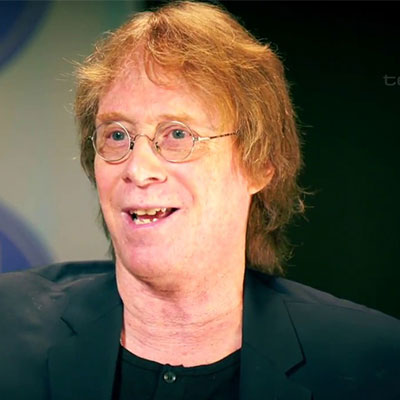 Bill married to Eileen and welcomed two children, Seth and Liliana, both are an actor.

Mumy was engaged in acting from his younger age. He made his debut at the age of six and has worked on more than four hundred TV series, eighteen movies, and numerous commercials.

Bill made his debut from the NBC-TV family drama series, National Velvet in 1960. His performance in the CBS-TV Twilight Zone: “It’s a Good Life” as a child actor who terrorizes in his town with psychic powers won the heart of millions of people.

He also appeared in the ABC-TV circus drama The Greatest Show on Earth, The Fugitive episode, “Home Is the Hunted”, The Adventures of Ozzie and Harriet, I Dream of Jeannie, etc.

Mumy also voices in several animated shows and has narrated in over 50 episodes. He voiced in the animated shows such as Ren and Stimpy, Scooby-Doo, Batman: The Animated Series, Animaniacs, Little Wizard Adventures, The Oz Kids, Doc McStuffins, etc. Additionally, he had also voice over several commercials such as Bud Ice, Farmers Insurance, Ford Blockbuster, Twix, Oscar Mayer, and McDonald’s.

Despite acting, Bill Mumy is also a musician. He has released several solo CDs such as Dying to be Heard, In the Current, Pandora’s Box, After Dreams Come True, Los Angeles Times and Ghosts. His some of the famous hit song Fish Heads was named as the top 100 videos of all time by Rolling Stone magazine.

Moreover, he had also produced and host The Real Good Radio Hour, which is a weekly series on KSAV Internet Radio. The show mainly focuses on the different styles of music and the artists who pioneered them. Bill has also co-authored the short story of The Black ‘59” in 1992.

Bill Mumy had several relationships before he met Eilleen. The couple met each other in the TV series set of Twilight Zone: The Movie and started dating each other. After several years of relationship, the couple decided to spend the rest of their life together and tied the knot.

Bill Mumy and Eilleen got married in 1986. The couple welcomed their first child, Seth Mumy, in 1989. Afterward, they welcomed, Liliana Mumy in 1994. His daughter Liliana is an American actress and voice actress. The couple is living together happily in Laurel Canyon, Los Angeles.

Bill Mumy earns a good sum of money in his career. Being an actor, musician, pitchman, instrumentalist, voice actor, and author, he featured in several movies, TV series, released albums, and several others through which he receives a decent amount of money.

Moreover, Bill as also voiced over several animated movies where several of them were successfully hit. He has earned a good sum of money from different commercials. Allocating information from several sources, it is found out that his current net worth is estimated at $10 million.

One thought on “Bill Mumy Biography”