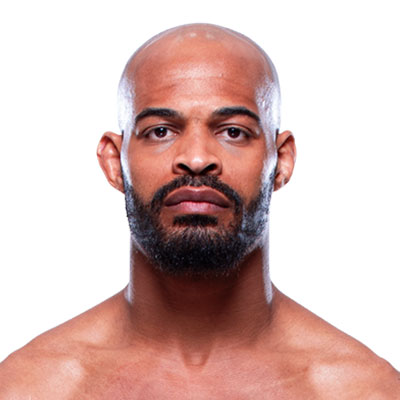 David Branch is one of the American mixed martial artists, best acclaimed for competing in the Middleweight division of the Ultimate Fighting Championship. Previously, he competed in the World Series Fighting, Titan FC, Shark Fights, and Bellator. Brach has won WSOF Light Heavyweight Champion and is undefeated in World Series of Fighting.

David Branch was born on 26th September 1981, in Charlotte, North Carolina to American parents. He grew up in the Bronx, New York where he trained in Karate for almost two and half years before joining the Brazilian jiu-jitsu.

He is the brother of Sechew Powell and Jamelle Hamilton who are professional boxers. Regarding his nationality, he is American and is of African-American descent.

Branch completed his education at the Philip Randolph Campus High School. After completing his education from there, he began training under the tutelage of MMA veteran, Renzo Gracie at his personal training center. He gained black belt after learning with Gracia for almost ten years and made his professional debut in MMA.

David Branch started his MMA career in 2007 where he compiled a professional record of 3-0. Afterward, he signed for Bellator and made his promotional debut fighting against Dennis Olson. Branch won the fight via rear-naked choke in the first round.

In 2017, Branch re-signed with the UFC and faced fighters Krzysztof Jotko, former UFC middleweight champion, Luke Rockhold. More recently, he was scheduled to face Yoel Romero at UFC on Fox 28.

However, the match was re-shuffled and as a result, Romero faced Luke Rockhold. Currently, he is preparing for his upcoming fight against Thiago Santos which is scheduled on 21st April 2018, at UFC Fight Night 128.

When it’s about the personal life, Branch has kept it away from the limelight. He has not shared much information about his family and love life to the media. But analyzing his Instagram account, he seems to be a father of four children as he often posts pictures of them. However, the names of the children and mother are not disclosed yet.

The undefeated World Series Champion, David Branch might have accumulated a decent sum of money from his fighting career. Till the present context, he has lost only four matches out of 25 matches.

Besides, he has won awards such as WSOF Light Heavyweight Championship, Multiple Weight Classes Championship, Most Submission wins in World Series of Fighting and so on. Allocating information from several soruces as of 2018, it is found out that David Branch’s current net worth is estiamted to be around a million dollar.