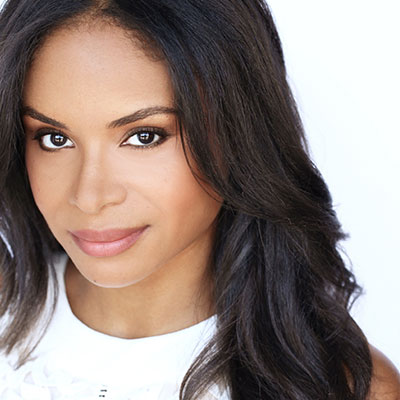 Joyful Drake is an American actress better known for portraying her role in her debut television series, Soul Food. Similarly, she has also starred in Beauty Shop and in Cuts in three episodes as Lani. Drake wrote the screenplay, produced and starred in the TV movie, Glass Heels.

Joyful Drake was born on 24th September 1976, in Milwaukee, Wisconsin, United States. Her birth name is Joyful M’Chelle Drake. However, Drake hasn’t revealed anything about her parents. She grew up along with her three siblings.

Drake developed her passion for performance at her young age after she received two State Speech Performance Titles after reciting and delivering I Have A Dream of Martin Luther King Jr. and Gettysburg Address, Abraham Lincoln. Drake received B.A. from the University of Madison Wisconsin where she studied drama and writing.

Joyful Drake was influenced to pursue her career on acting after reciting and delivering I Have A Dream of Martin Luther King Jr. and Gettysburg Address of Abraham Lincoln for which she-she received two State Speech Performance Titles.

In 2001, Drake made her acting debut through television series, Soul Food where she portrayed the role of Tamara in two episodes. After that, she starred in comedy movies including The Look (2003) and Hair Show (2004). Similarly, she further appeared in the movie Beauty Shop and in television series, Cuts in 2005.

Along with Russell Brand and Jonah Hill, Drake played the role of mother of Sergio child in the movie, Get Him. In 2011 Drake starred in the movie, Glass Heels. From 2011 to 2014, she appeared in the regular episodes of the series, Let’s Stay Together. Moreover, Drake has further starred in Bad Ass and Kidnapped – The Kidnapping of Reagan Pearce.

One of the renowned and gorgeous actresses, Joyful Drake has gained success in her professional as well as personal life. Well, the 41 years old, Drake is married to her beloved husband, David Beaubien. The duo tied the knot back on 5th June 2016.

Although the couple is already married, they do not have any kids yet. Moreover, they haven’t mentioned anything about having kids. Well, the couple is living happily together. Drake often shares beautiful pictures of her and David on Instagram.

The versatile actress, Joyful Drake earns an astonishing amount of money from her acting career. Her main source of income is through acting. Till date, Drake has starred in several movies and television series.

Allocating information from several sources as of 2018 it is found out that, Drake current estimated net worth is around $2 million. Moreover, she is also fond of dogs and has two dogs of Cockapoo breed worth $850 to $1000.