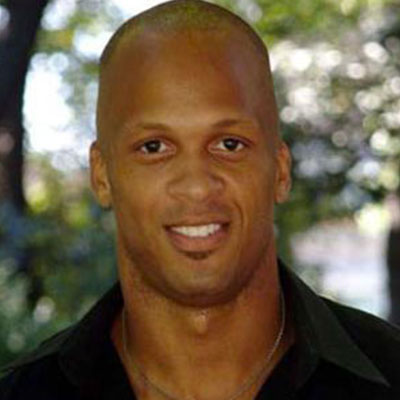 Blair Boone-Migura is a writer, professor, musician, art administrator and a host for Hawaii public radio show who is famous for appearing in two episodes of the show Queer Eye for the Straight Guy. Blair is a specialist in art, music, and languages. He is also interested in politics.

Blair Boone was born as James Adam Blair Boone in 1972. His mother is Raven Blair Glover and his father is late James E. Boone. He has a sister named Jamie Nichole Boone Nicholson. He is of American nationality. He was interested in music and began his study of voice and piano in Houston.

Blair then moved to New York to pursue his Bachelor’s in Voice Performance and Masters in French Language, Literature, and Culture. He graduated from Syracuse University. For his academic excellence, he was awarded university’s most prestigious Remembrance Scholar Award and The SU Graduate Teaching Fellowship in French.

Blair also studied voice and piano at the Strasbourg Conservatory of Music in Strasbourg, France. He has a second Master’s degree in Vocal Pedagogy from Westminster Choir College in Princeton.

Blair started his career as an educator. He began teaching French and coaching singers in French diction and French Melodie. He has also taught French at The New  School and Hunter College in New York. He currently teaches as a guest lecturer at The University of Hawaii.

Furthermore, Blair was hired by the show Queer Eye for the Straight Guy as a Guest Culture Expert due to his qualification. He only appeared in two episodes despite being contracted to shoot the whole season. The production company later replaced him due to his more introverted nature. Blair went on to sue the company for breach of contract claiming that he should be paid for the whole season as he had left his position at MetroSource to accept the role. The production company agreed to the terms and the case was settled before it reached the court.

Blair also worked as the director of client relationship management at CIBT, Inc, Yahoo!, MetroSource Publishing. Furthermore, Blair founded The Art Song Preservation Society of NY to promote and preserve art. Blair also joined The International Vocal Arts Institute (IVAI) as the Arts Administrative Director in New York in September 2014. Furthermore, Blair got the opportunity to assist legendary pianist Dalton Baldwin at the Bruno Walter Auditorium in May 2013. He was also one of the judges in Marie Trueman Art Song Vocal Competiton in 2017.

In addition, Blair also trained as a gymnast under the United States Gymnastics Federation Men’s program. He has also appeared as a guest on Howard Stern Show where he performed as a gymnast and dancer with The Kinesis Project. He was also featured in a Panasonic commercial promoting the 2004 Olympics Games in Athens, Greece.

Blair Boone is a married man. He is openly gay. He tied the knot with his gay boyfriend Dr. Anthony Michael Migura aboard on an Aqua Azul yacht on the Hudson River in New York in July 2014. Dr. Migura is a pulmonary critical care doctor who works in New York for Advanced ICU Care.

Happy Valentine’s Day to my wonderful husband Tony! Somewhere in my youth or childhood, I must have done something really good to deserve you. pic.twitter.com/ipFkAkXyYz

The two have been married for four years now. They share a loving relationship and are supportive of each other. So far there have been no rumors of their divorce and the couple is going strong. The two do not have children as of now. It is not known whether they are planning to expand their family by adopting a child.

Blair Boone has an estimated net worth of $13 million. Blair has managed to accumulate this amount of net worth through his multiple professional endeavors. He has coached various artists privately. He was paid $ 3000 per episode in the show Queer Eye for the Straight Guy. He received the salary for 23 episodes of the first season despite appearing in only two of them.

Blair lives a comfortable lifestyle with his husband in New York. He moves a lot between Hawaii and New York. He is still very active in his career as an educator. We can expect to see a rise in his net worth in coming days.

One thought on “Blair Boone Biography”