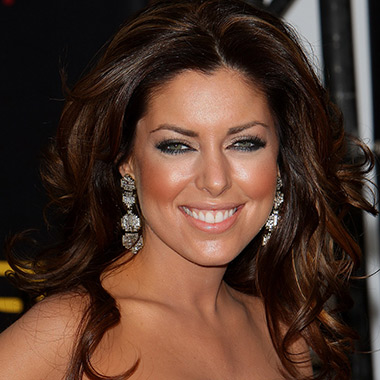 Bobbie Thomas is an American beauty and fashion expert who works at NBC’s Today Dhow as its Style Editor. She has also made an appearance on several other stations and programs such as E! Red Carpet, The View, Style Networks’ Fashion Police, and Wendy Williams.

Bobbie Thomas was born as Bobbie Lynn Grund in Providence, Rhode Island, the US on 23 October 1974, to Debby Luis (mother) and Alexander Grund (father). Her parents were a fashion designer; they got divorced when Thomas was a child. She spends most of her childhood and grew up bi-costal between New England and Los Angeles.

Mostly living with her mother, she was home schooled. She then later went on to receive formal education and attended the University of Idaho; from which she graduated with a B.A degree in Psychology. Bobbie said she was never too much interested in Psychology but in some way the subject attracted her. Her father Alexander, being a fashion designer she used to try on different costumes and have a knowledge about styles from her father.

Shortly after her graduation, she was hired to work on radio; where she give tips, tricks, and styles about fashion as well as health. Since then she began working for FOX and CNN to VH1 and MTV, where she has shares tips, tricks and Hollywood secrets with a wide audience. She has made an appearance on  a variety of E! Entertainment specials, including red-carpet Emmy, Golden Globe, Screen Actors Guild, and Academy Awards. She also co-hosted with Robert Verdi, ‘Fashion Police’ on the Style Network. As the Style Editor of NBC’s Today Show, her weekly TodayShow.com Style Buzz articles have become a popular fixture for the Fashion & Beauty section, and often appear on MSN.com and MSN messenger, as well as MSNBC.com’s home page.

Her work with national clothing retailers has included fashion commentary for both the youth and adult market  and presently she serves as Simon Property Group’s Style Expert, visiting malls across the United States and hosting events. In the end of  2009, Thomas launched Bobbie.com. In 2010, Thomas signed on to lead a team of women in the “Latisse Wishes Challenge” benefitting the Make-a-Wish foundation.

Bobbie Thomas was once romantically in relation with a boy band, N SYNC’s member JC Chasez, around 1997 to 2001. Later in March 2012, Thomas engaged to her boyfriend Michael Marion, a lawyer. The couple married on 31 May 2013 and the wedding ceremony was celebrated in Connecticut at Kathie-Lee Gifford’s house. On 3 December 2014, Thomas announced that she and her husband are expecting their first child through  In Virto Fertilization (IVF). The couple has a long-haired chihuahua dog named Chica.

Bobbie’s successful career has earned her a net worth of $800 thousand dollars with a lucrative salary from sponsors and other sources. As of 2016, she is  42 years old but looks alluring and beautiful despite her growing age and stands tall with a height of 5 ft 4 in. In addition, she is the follower of the Christian religion with an American nationality.