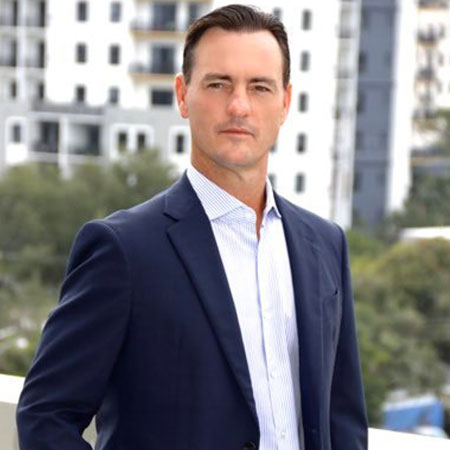 Bradford Wayne Edwards, often known as Brad Edwards, is a famous name in American Football in 80’s and 90’s. Born in February 22, 1966, Edwards started his career in American football in mid 80’s. As a professional football player, he played nine seasons in National Football League for various teams such as Washington Redskins, Minnesota Vikings and the Atlanta Falcons. He has also experience of working as the Director of Athletics at George Mason University in Fairfax, Virginia.
Edwards was born and raised in Lumberton, North Carolina. He attended Douglas Byrd High School in Fayetteville, North Carolina and graduated in 1984. He joined University of South Carolina and started to play collegiate level football. He appeared in various tournament and showed his strong presence. His performance during collegiate level football was appreciated by many and he introduced into the South Carolina Athletic Hall of Fame.

“First and foremost, for Georgia to have any chance at all, they have to first get to No.3 in the human polls. Then they have to close the gaps in the points between themselves and No. 2, so that they can at least have the opportunity to jump No. 2 in the overall standings.”

He started his professional career from Minnesota Vikings in 1988 after he was drafted in the second round of the 1988 NFL Draft. But he didn’t play much for Vikings and moved to Washington Redskins in 1990 and started in Super Bowl XXVI. During super bowl against Buffalo Bills, he has two interceptions and was runner-up MVP. In 1994, Edwards moved to Atlanta and played there for two seasons. He announced his retirement in 1996, playing last match for Atlanta. During his career he has played 122 games and 63 as starter. He has record of 18 interception, 589 tackles and 2 Touchdowns.
After retiring from player, Edwards could not take himself far from Football and he started to work at the University of South Carolina as an assistant athletic director and senior associate athletic director. He served USC till 2006 and then moved to private sector at IMI Resorts Holding INC. But again he officially returned to athletics on 2009 and worked as athletic director Newberry College. He has also served as director of Athletics at Jacksonville University. In June 2014, he signed for George Mason University and started to work as Director of Athletics for the university. Edwards has also frequently host program in ESPN Radio Station 93.1. He currently work as college football analyst in ESPN  network.
While coming to his personal life section, Edwards is currently married with Maralana Brown. The couple has three sons named Jackson, Thomas and Colton and seems that they are having happy life. While talking about his body measurement, Edwards stands tall with height of 6’2’’. Despite of being in his late 40s, Edwards still looks young and lively. He has not revealed any information about his financial status. Edwards is currently active in twitter and Instagram, we can get his latest update in these social media.