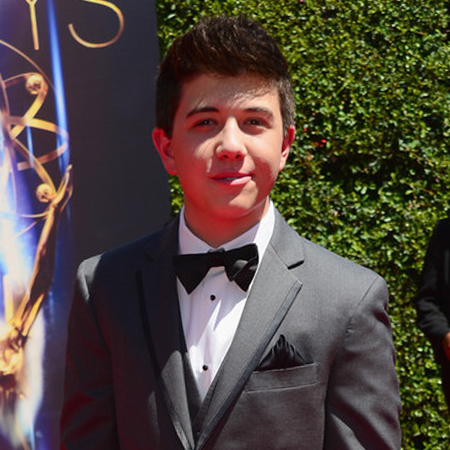 Bradley Steven Perry is an American actor best known for portraying a role of Gabe Duncan on the Disney Channel family sitcom, Good Luck Charlie. He played the main character in the 2014 TV movie, Pants on Fire as a Jack Parker.

Bradley was in a relationship with a beautiful girl, Sabrina Carpenter. She is an American actress who is mainly known for her role in the Disney Channel series, Girl Meets World.

Bradley was born on 23rd November 1998, in California to Emery Emanuel, father, and Brenda Joyce, mother. He is the youngest of three sisters, Makenzie, Madison, and Justine.

#tbt I’m going to make him an offer he can’t refuse.

Bradley made an onscreen appearance at the age of 10 in the films, Choose Connor and Magnificient Max as a role of School Boy and Georgie Rosenthal respectively. The following year, he appeared in a television series Without a Trace portraying a role of Charlie.

In 2010, Bradley starred on the Disney Channel family sitcom, Good Luck Charlie as Gabe Duncan. For that role, he was nominated two times for the Young Artist Award for being the Best Young supporting actor.

The talented and handsome, Bradley was in the relationship with a Disney star, Sabrina Carpenter. They were one of the beautiful Disney couples back in 2014. In the same year, the couple was voted as the J-14’s Hottest Celebrity couple.

However, the couple’s relationship could not last for a longer time. They separated after dating for almost a year. The exact reason for their separation is still unknown but some sources claimed that Sabrina dumped Bradley since Bradley was jealous of his friends.

Currently, he seems to be living a single life. But analyzing his Instagram post, he has shocked his fans sharing pictures of himself with actress Sarah Gilman keeping caption “Ma Boo”.

Though the couple is seen often together, they have not confirmed about their relationship.

As a young and talented actor, Bradley makes a decent amount of money. His multiple onscreen appearances have helped to increase his net worth. Apart from his acting career, he is also famous for his networking sites like Twitter and Instagram.

Allocating information from several sources as of 2018, it is found out that Bradley Steven current estimated net worth is around $2 million.