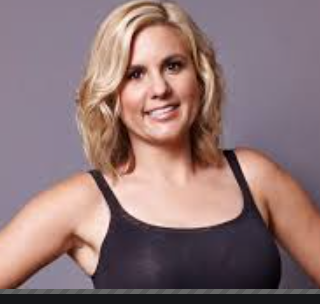 Brandi Passante is an American television personality who shot the fame with her mesmerizing appearance in Storage Wars. She is also the main cast of Brandi & Jarrod: Married to the Job show aired on A&E network.

Passante is living a blissful and contented love life with her boyfriend, Jarrod Schulz. The duo has been together for quite a long time now holding each other in every up and down that came along the way.

Brandi Passante was born as Brandi Leigh Passante on May 16, 1980. She is a native of Houston, Texas whereas moved to Orange County, California during her teenage.

Brandi Passante began her career serving as a carpet-cleaning job. She along with her boyfriend began their own auction store Now and Then Second Hand Store in Orange County, California. They later opened second Now and Then in Long Beach.

She joined the television industry in 2010 as an important cast member of the show Storage Wars. Followed by that, she launched her own show Brandi & Jarrod: Married to the Job in 2014.  She has maintained to be a fan favorite despite her loud and ridiculous personality. Furthermore, she also made her appearance on the talk show Rachel Ray.

Passante’s personal life is as successful as her professional one. She has been with the only man she dreamt of spending her life with, Jarrod Schulz ever since they are together. The duo started having affair after their first encounter in 1999 as a co-worker in the carpet-cleaning company. They are blessed with a son, Carmen and a daughter, Payton together.

[ CAPTION: Brandi with her boyfriend and children ][ SOURCE: Instagram ]

The couple helped each other build their passion whereas also appeared on the Storage Wars show and attended several auctions together. Walking down the same road increased their affection more deeply.

Like as her partner Jarrod, she also earns a lucrative amount from her career. Her current estimated net worth is $2 million. She is living a classy life in a luxurious house in Lake Forest, California with her family.

Apart from appearing on the reality TV show, Brandi is interested in cooking. She likes to cook and try new recipes making it one of her best hobby ever. She stated that she is a Sicilian and cook chicken stroganoff expertly. She also spends an adequate time with her hubby and children fulfilling the responsibility of a good mother.  Brandi has an escalator phobia and hence she fears to ride in escalators.