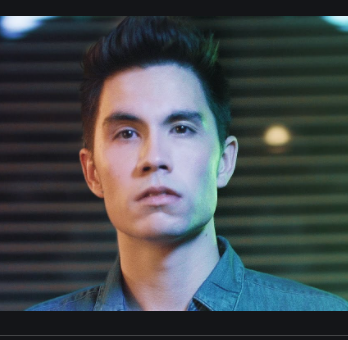 An American singer, songwriter and video producer, Sam Tsui is well-known for his cover songs. He is one of the internet celebrity who is able to grab huge attention and is able to score more than 2.9 million subscribers.

Being internet celebrity, Sam has also appeared on the famous shows such as The Bonnie Hunt Show, Oprah Winfrey Show, as well as The Ellen DeGeneres Show. He got married to his long-term boyfriend, Casey Breves, who is a musician and collaborator.

Sam Tsui was born to Cantonese descent father and European descent mother on 2nd May 1989. He grew up along with his sibling Kent Kevin in Blue Bell, Pennsylvania. While attending Wissahickon High School, he was very active in music and often took part in several occasion.

Instagram: Sam Tsui with his father back in 1992, shares his childhood picture in father’s day;

Happy Father’s Day!!! Love this old picture of me and my dad…and also i was apparently already rocking the male romper back in ’92

After completing high school, Sam enrolls at the Yale University and pursued his bachelor’s degree majored in Classical Greek. While studying at Yale, he was also a member of Davenport College and The Duke’s Men of Yale.

Instagram: Sam with his baby cousin celebrating birthday along with his husband;

Cousin Oliver’s first birthday was the social event of the season…and we were honored to be in attendance!!

In the year 2009, Sam appeared in the ABC World News where he sang The Jackson 5’s “I’ll Be There” and starred in The Bonnie Hunt Show. His performance gain him wide recognition and led him to launch his YouTube channel.

In the year 2009, Sam appeared in the ABC World News where he sang The Jackson 5’s “I’ll Be There” and starred in The Bonnie Hunt Show. His performance gained him wide recognition and led him to launch his YouTube channel.

Recently, Sam uploaded a cover of Taylor Swift‘s Delicate with the collaboration with the youtuber, Vidya Vox.

▫️Is it chill that you’re in my head?▫️Full “Delicate” cover with @vidyavox up on my channel, link in bio!!

YouTuber Sam Tsui sexuality was completely unknown until he shared his marriage video. He told, “I hadn’t thought it was necessary to discuss his personal life before as it never really had much to do with his music, but reiterated that although he waited to discuss it openly he was not ashamed.”

Sam announced his long-term relationship with Casey Breves in a vlog on 15th April 2016 and tied the knot on 16th April 2016. The couple seems to be strongly bounded and very much happy to be with each other.

Sam Tsui earns a good sum of money in his career. Till now he has uploaded 208 videos and has the total views around 4 Billion with 2.9 million subscribers. His several songs have crossed millions of view through which he obtains a huge sum of money.

Allocating information from several sources, it is found out that his earning per month is around $12.9K – $205.8K and has the net worth of around $1.5 million.