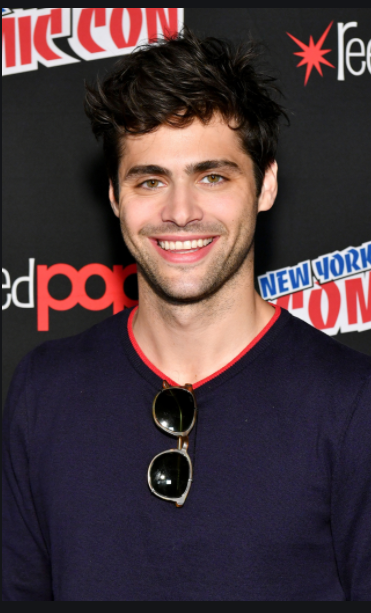 A talented actor, as well as a model, Matthew Daddario, is widely known for portraying the role of  Alec Lightwood on the Freeform television series, Shadowhunters. Daddario is a younger brother of a popular actress, Alexandra Daddario.

Daddario has won a Teen Choice Award for Choice TV: Breakout Star in 2016 for his role in Shadowhunters. Daddario is not married yet but he is dating his long-term girlfriend, Esther Kim.

Daddario grew up along with Alexandra Daddario who is also an actress and Catherine Daddario. His grandfather, Emilio Q. Daddario was a Democratic representative to the United States House of Representatives from 1959 to 1971. He attended Collegiate School and later joined Indiana University Bloomington and graduated in 2010.

In 2012, Matthew Daddario made his acting debut through the movie The Debut as Peter Hamble. After that, Daddario made his first major movie role in romantic drama film Breathe In as Aaron. In the same year, he further made a supporting role in the movie Delivery Man.

Likewise, Daddario also starred in the movie When the Game Stands Tall as Danny Ladouceur which is based on the achievements of football coach Bob Ladouceur and the De La Salle Spartans. He starred alongside Jim Caviezel, Laura Dern, and Alexander Ludwig. Moreover, in 2015, Daddario appeared as Gabriel on the comedy-drama Naomi and Ely’s No Kiss List.

The talented and gorgeous actor Matthew Daddario is widely known for his profession. He has won the hearts of several fans for his incredible acting skills and stunning looks. Daddario is not married yet.

However, the 30 years old, Daddario is currently in a relationship with his long-term girlfriend, Esther Kim. The couple has been dating each other since 2013. If we visit Daddario’s Instagram then we can see several pictures of his girlfriend.

Moreover, the couple also attends several events together. The couple is still together but yet, none of them have talked anything about getting married or engaged. Furthermore, there are no any rumors of their breakup.

Matthew Daddario is still active in the field of acting. Till date, Daddario has starred in several movies and television series and has earned an astonishing amount of money from it.