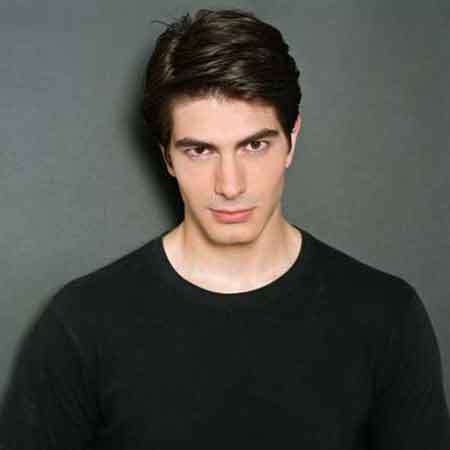 Brandon Routh is a well established American actor who is best known for playing a role of Superman in the 2006 film, Superman Returns. Besides, he is also one of the pre-eminent actors of the television comedy show, Chuck who portrayed a role of Daniel Shaw and Ray Palmer in series, Legends of Tomorrow.

The handsome American is married to his long-term dated girlfriend, Courtney Ford who is an actress. The couple tied their knot at the El Capitan Ranch in Santa Barbara. The couple has welcomed a son, Leo James. Well in today’s session we will be revealing detail about this talented actor’s personal life including early life, career, salary, net worth, and much more.

Brandon James Routh was born on October 9, 1979, in Norwalk, Lowa to a teacher mother, Catherine LaVonne, and a carpenter father, Ronald Wayne Routh. His family was a Methodist and ancestry were English, Scottish, German and distant dutch. He has a sister, Sara. Regarding his nationality, he is American and is of white ethnicity.

Routh attended the Norwalk High School where he played sports and also participated in music and theatre. He used to play trumpet and the piano. After completing his elementary education from Norwalk, he then joined the University of Lowa. At that time, he modeled and acted for several agencies in order to pay his college fees.

The handsome and talented actor, Brandon’s professional acting career began in the television series Odd Man Out in 1999 where he played a role of Connor Williams. Whereas he made his big screen appearance after 7 years of television series debut in the film, Karla portraying a role of Tim Peters.

Brandon rose to prominence after appearing in the film Superman Returns as a role of Superman. For that role, he won numbers of awards as well as nominations including, Empire, Saturn, Scream, ShoWest, Teen Choice and so on. Some of his other onscreen works include

More recently, he has made an appearance in the film Anastasia as Czar Nicholas. Moreover, he is still working on the television series, Legends of Tomorrow since 2016.

Brandon Routh is married to actress, Courtney Ford on November 24, 2007, at the El Capitan Ranch in Santa Barbara. The couple dated each other for years before tieing the knot. Courtney Ford is best recognized for her roles in television series such as Dexter, True Blood, and so on.

The husband and wife are now blessed with a son Leo James who was born on August 10, 2012. Brandon Routh and his wife have been living together for almost 11 years and still, they are very living happily with no rumors of divorce and external marital affairs. Besides, the couple seems to be concentrating on their professions.

Multi-award winning actor, is also a fan and player of the video game, World of Warcraft. Moreover, he is also active politically. In 2008, he spoke at a Lowa rally supporting Democratic candidate Barack Obama.

The Superman actor, Brandon Routh has accumulated a decent sum of money from his acting career. Moreover, he has also increased his net worth appearing in the music videos including, Christina Aguilera’s What a Girl Wants, and The Lonely Island, The Avon Lady. As of 2018, his net worth is estimated at around $12 million. Seeing his recent works, his net worth is sure to increase in coming days.

Talking about his cars collections, he owns several of it including Audi. Besides, he owns a huge house in Beverly Hills, California worth, $1,213,000. The house is on 1690 square feet which features 3 bedrooms and 2 bathrooms.