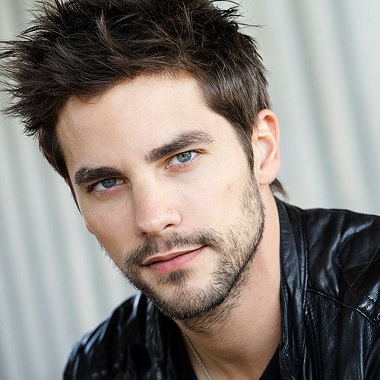 Brant Daugherty is an American actor, well known for portraying the role of Noel on the ABC Family series “Pretty Little Liars.” He has been active in this entertainment industry since 2008 and was a contestant on season 17 of “Dancing with the Stars” and has appeared several films and TV series.

Daugherty is not yet married and his current relationship status is unknown to us whether he is dating anyone or not. However, he dated Janel Parrish in 2010 and also dated Peta Murgatroyd in 2013.

Brant enrolled at William Mason High School, where he used to play football until his sophomore year and later tried out for the school play. He proceeded to perform in school plays until his graduation in 2004. Brant went to Los Angeles in 2008 after earning a film degree from Columbia College Chicago.

During his early age, Daugherty had a keen interest in acting. In 2008, he began his acting career from “Suspended” playing Bill. After that, he began to appear on the NBC television network series “Days of our Lives” from 2012–2013, where he has played Brian. The series was created by Ted Corday and Betty Corday.

At the same year, he was also a contestant on season 17 of “Dancing with the Stars” partnering with Peta Murgatroyd, a professional dancer. Daugherty also co-starred in the film “The Starving Games” appearing as Dale in 2013. The film was directed by Jason Friedberg and Aaron Seltzer.

Daugherty also made his appearance in the films such as Suicide Note (2016), Accidentally Engaged (2016), Something Haunted (2013) and much more.

Daugherty is currently appearing as a Thane Lockwood in the Justin Simien’s satirical comedy-drama television series “Dear White People” since 2017.

Brant is currently in relationship with Kimberly Hidalgo. The couple announced their engagement in February 2018.

In his spare time, the 6′ 1″ star loves to do different types of charitable works such as New Horizons & GLSEN. He is active on social networking sites where he often spotted uploading his flaunting snaps.

Allocating information from several sources as of 2018 it is found out that Brant Daughterty current estimated net worth is around $1 Million.