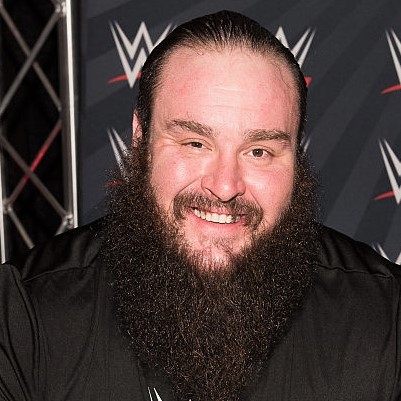 Adam Joseph Scherr is an American professional wrestler and former strongman currently signed to WWE, where he performs under the ring name Braun Strowman on the Raw brand.

Scherr was 6′ 5″ when he graduated high school at the age of 17 and weighed 315. He initially started his career in Strongman Corporation and had won the ASC Professional by winning the NAS US Amateur National Championships on November 5, 2011. He was first introduced to strongmen by a couple of strongmen when he was working as a security guard at a nightclub in North Carolina.

As 2012, rolled around, Scherr kept on competing in various competitions and also won Arnold Amateur Strongman Championships on 4 March 2012, which was held at Arnold Sports Festival. He participated in the SCL-North Championship, ranked in 5th place and has also appeared in the Giants Live Poland event, finishing in 7th place overall.

In 2010, he won the Monsters of the Midland Strongman Competition and eventually won the Summer Fest Strongest Man in 2011.

Grabbing every opportunity he has, Scherr announced his deal with WWE on May 12, 2013. Later he was assigned to the WWE Performance Center in Orlando, Florida, under the ring name Braun Stowman. He made his debut in wrestling at an NXT live event in Jacksonville, Florida on 19 December 2014, and won the first match against Chad Gable. On June 2, 2015, Stowman appeared at the Main Event taping in a dark match, where he defeated an unknown wrestler. Scherr also appeared as one of Adam Rose’s Rosebuds in his Exotic Express gimmick.

In mid-2015, Stowman made a huge name for himself after he appeared as the new member of The Wyatt Family on the episode of Raw. He made his debut by attacking Roman Reigns and Dean Ambrose. Since then he has appeared in a various match such as Night of Champions, 2016 Royal Rumble, WWE World Heavyweight Championship, WrestleMania 32 with The Wyatt Family and on the single event as well.

During the 2016 WWE draft, The Wyatt Family were separated, where Strowman was drafted to Raw and his teammate, Bray Wyatt and Erick Rowan to SmackDown. Having to fight alone, the unbeatable never loses faith and went on to defeat James Ellsworth and several other local wrestlers on his first appearance as a single wrestler.

Later, Strowman challenge Reigns to a rematch on March 6 episode of Raw. But The Undertaker show up instead of Reigns. A week later, after WWE Hall of Famer, Shawn Michaels warned Strowman’s rival Roman Reigns of the power that the Undertaker possessed, Strowman would ruthlessly beat Reigns while he was leaving the ring. This led to a fight on the March 20 episode of Raw which went to a draw after The Undertaker appeared and attacked both men. On the final Raw before WrestleMania 33, Strowman announced his participation in the 2017 Andre the Giant memorial battle royal but failed to win the match despite eliminating half a dozen opponents. On the April 3 episode of Raw, Strowman challenged Universal Champion Brock Lesnar to a future championship match.

The towering frame and intimidating aura, the monstrous Braun Strowman has not disclosed much of his personal life. There is no clue of him dating and as far as we know, fearsome is not yet married. However, some tabloids said that he is in a relationship the daughter of Rick Flair, WWE Diva Charlotte Flair. The two were often seen together in public places, so people relate them as boyfriend and girlfriend. But the two hasn’t said anything about it, so without their announcement, it is hard to say anything.

As of 2017, Braun Strowman has an estimated net worth of $1 million dollars; it is the data after Royal Rumble 2017. Apparently, the favorite wrestler after his participation on WWE Royal Rumble 2017, the primary source of his income is obviously WWE. Recently, we found out that he earns $350 Thousand dollars per year from his fights and matches in WWE. In addition to that, he also earns from advertisement and endorsements like KFC Vudu. Unofficially, he is also one of the fashionable WWE stars.