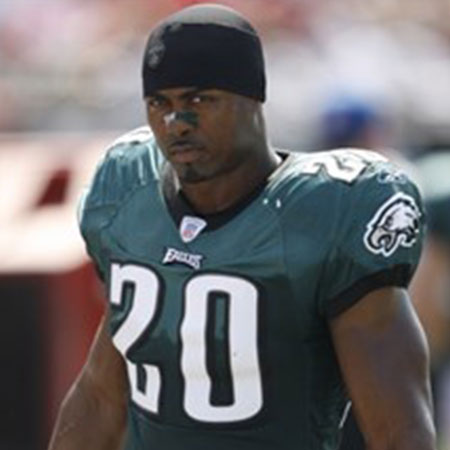 “I am always striving to do more. Whatever I accomplish, it’s not enough. I do not get satisfied.” Brian Dawkins

Brian Patrick Dawkins, often known as Brian Dawkins and Weapon X, has given his identity as a former American Football player who played from safety position in NFL. He has played 16 years in Collegiate level football for Clemson University. He was signed by the Philadelphia Eagles in 1996 NFL draft second round. From Philadelphia he played for thirteen seasons and helped the team to won the title of various tournaments. At the end of his career he played three seasons for the Denver Broncos. Dawkins has been selected for Pro Bowl for nine times and he will be eligible to be induced to Pro Football Hall of Fame in 2017.

While talking about his early life, Dawkins was born  on October 13, 1973 and he attended Clemson University in Clemson from where he started to play football. He played three year as starter as safety for the Clemson Tigers football team. During his career he made 247 tackled and 11 interceptions and also received first-team AII-ACC Honors in 1995. He was also selected as second-team All- American as a senior by Associated Press and Sporting News. In 1996 he was recognized the first-team safety for Clemson’s all-centennial team. IN 2009, he was selected to be induced to Clemson’s Athletic Hall of Fame. Considering him as a legendary player, Clemson University has formed the Brian Dawkins Lifetime Achievement Award, which is annually given to former Clemson player as a honor for their contribution if field, leadership and community service.

Dawkins has gained name and fame during his career and he has always been point of attraction in most of the match he played during his career. Hardworking and dedicated Dawkins has helped American football to reach next level. Dawkins was traded by Philadelphia Eagles in the second round of 1996 NFL Draft.  During his thirteen career at Philadelphia he remained in a position of safety and made record of 75 tackles, 1 sack and three interceptions. Dawkins made his identity as a hard-hitting ball hawk when he made first of his nine Pro Bowls in 1999. During those time he was given name after the comic book superhero known for persistent aggression “Weapon X”. He made history in 2002 becoming first player to made a sack, an interception, forced fumble and touchdown reception in one match. After having successful career at Philadelphia he moved to Denever Broncos in 2009 and signed five year contract of $17 million. In April 23, 2012, he retired from NFL, which he announced from Twitter.

Talking about his personal life, Dawkins is currently married with Connie. He married Connie with spending just $100 in 1994 and had wedding ceremony with family and friends in 2009. The couple has four children including one pair of twin. Dawkins started to work for ESPN as an NFL analyst in 2014. He stands tall with height of 6’0”. Being a successful player he has earned net worth of $18million throughout his career.