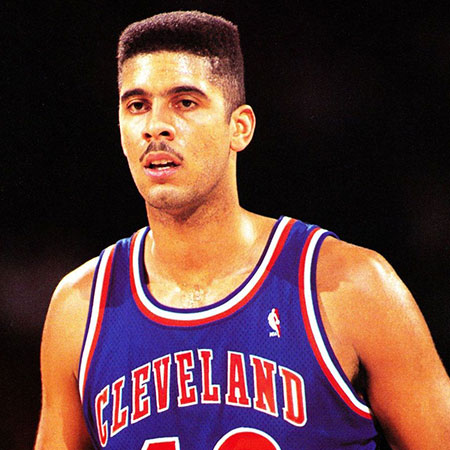 Born on October 19, 1965, Bradley Lee Daugherty, often known as Brad Daugherty, is a well known retired basketball player, who had also worked as NASCAR analyst. He held position of co-owner of Sprint Cup Series team JTG Daugherty Racing and served ESPN as a analyst. He started to play basketball from Charles D. Owen High school. He got a scholarship from University of North Carolina, where he was trained by a famous name in college basketball coach Dean Smith. He entered North Carolina College at the age of 16.

Moving on to his Amateur Career, Daugherty started his career in basketball from Charles D. Owen High School as a non professional player. During his days in Charles D. Owen, he helped his team to reach 19829state finals. His performance as amateur was noticed by so many eagle eye on basketball and later he was offered scholarship from University of North Carolina to play basketball. He player for North Carolina for several year under coaching of legend Dean Smith. Daugherty was one of the best player ever to play from University of North Carolina. At the age of 16, he was selected in all ACC first team selection two times and selected in first team All-American. In 2002,  He was selected in ACC 50TH Anniversary men’s basketball team and also honored by North Carolina Sports Hall of Fame. During his career in senior season he had average of 20 points per game.

After playing several years as a un paid player, Daugherty developed his skills and he wanted to be professional. In 1986 NBA draft, Daugherty was signed by the Cleveland Cavailers and began his career as a professional. During his career at Cavailers, Dougherty averaged 19 points with 10 rebounds in eight seasons in the NBA. Dougherty scored all time highest score of 10389 points and 5227 rebounds for Cavailers. Later on his record was broken by LeBron James in March 21, 2008. Daugherty retired from basketball at the young age of 28 due to back injuries. As a professional basketball, he played last game on 1993-94 for Cavailers but he made appearance in uniform for movie Eddiealong, Whoopi Goldberg’s movie. After being inactive for two consecutive seasons Dougherty announced his retirement. During his professional career, Dougherty played for only Cravailers.

Though he spent short time as a professional basketball, he is observing basketball very closely as a college basketball analyst and NASCAR broadcaster. He is currently associated with ESPN, and has kept his interests in Waste management, car dealerships and commercial real estate. A dedicated player Dougherty has a net worth of around $20million. He stands tall with height of 7’0’’ and weight 111kg. He married woman named Heidi Rost in 1990 and currently resides with her. There is no any information about his past affairs, girlfriend and relationships.