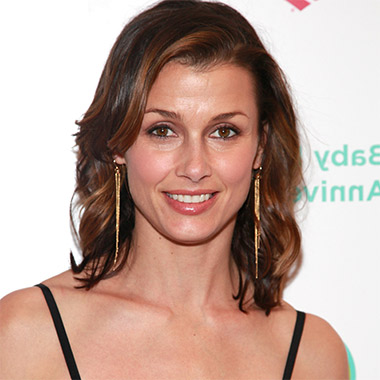 Bridget Moynahan is a gorgeous American actress as well as a model. She is widely known from the television series Six Degree, where she played the main role as Whitney Crane. She also had a recurring role in the hit series ‘Sex and the City’ and currently plays as Erin Reagan in ‘Blue Bloods’ which she joined since 2010.

Her birth name is Kathryn Bridget Moynahan. She was born in Binghamton, New York, United States. She was born to a former school teacher Mary Bridget and a scientist Edward Bradley. Edward is a former administrator at the University of Massachusetts Amherst. She has two brothers named Andy and Sean.

She moved to Longmeadow, Massachusetts with her family at the age of seven. She studied at Longmeadow High School. During her school days, she was the captain of the girls’ basketball, soccer and lacrosse team. In 1989 she graduated. According to her, she was a tomboy during her childhood.

“It was a crazy world that paid a lot of money. I like being a model, but I knew it would never last, so I looked into acting.”

She pursued her modeling career after her graduation. She accompanied her friend to a modeling audition in Springfield, Massachusetts. Luckily she was signed by the modeling agency instead of her friend. During her time appearing in department store catalogs, she studied at the University of Massachusetts Amherst. When she was 18 years old, she moved to New York. After that, she appeared in magazines such as Elle and Vogue. She also came on the cover of other famous magazines. Some of the magazines she appeared in are Vogue Paris, Elle, and Glamour. She appeared in different soap and shampoo commercials. She also took acting and art classes. She attended the Carmichael Patten Studio in New York and studied acting there. She made her debut in the romantic comedy Sex and the City as Natasha in 1999. She also appeared in smaller film roles. She made her feature film debut as Rachel in comedy-drama Coyote Ugly. The film got unfavorable critical reviews but at the box office, the film earned $133 million worldwide. She then played a supporting role as Hally in the film Serendipity.

She was cast in the film The Sum of All Fears opposite Ben Affleck and Morgan Freeman. The film earned $193 million at the box office. She then played her next role in The Recruit as a CIA trainee. The movie did not receive good comments. She then starred in the movie I, Robot alongside Will Smith in 2004. The film received mixed reviews from critics. The film collected $347 million worldwide. Her next movie was Lord of War playing the character as Ava Fontaine Orlov. She ranked 96th by Maxim magazine on the “Hot 100” list. She then starred in television drama series Six Degrees as Whitney Crane. The drama was watched by 13.3 million viewers. In May 2007 the series was canceled after one season. She got her next role in the thriller Unknown. In 2007 she was seen playing in Gray Matters. She then was cast in comedy-drama Noise as Helen Owen. The movie was released in 2008. She guest-starred in television comedy-drama Eli Stone. She appeared in Elizabeth Allen’s Ramona and Beezus. The movie was released in July 2010. She then co-starred in the action science fiction film Battle: Los Angeles. She played a role in Keanu Reeves’s John Wick.

She was in a relationship with Scott Rosenberg for three years. From 2004 until December 14, 2006, she dated NFL quarterback Tom Brady. She was confirmed with three months pregnant by her representative to People on February 18, 2007. She gave birth to a baby boy in August 2007. She discussed of her willingness to raise her son as a single mother in a July 2008 interview in Harper’s Bazar. She currently resides in Pacific Palisades, California. As of 2016, her net worth is estimated to be $25 million dollars.