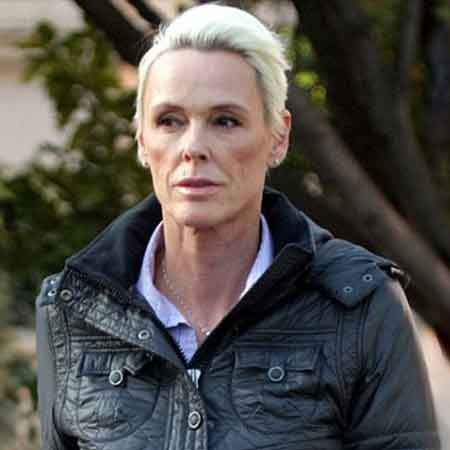 Brigitte Nielsen is a Danish-Italian actress, model, singer and reality television personality. Nielsen is known for portraying the role of Karla Fry in Beverly Hills Cop II and as Black Witch in series, Fantaghiro.

Brigitte Nielsen was born on 15th July 1963, in Rødovre, Denmark. Her mother Hanne Nielsen is a librarian and her father Svend Nielsen, an engineer. She belongs to a Danish-Italian nationality. Nielsen grew up along with her brother Jan Nielsen. She is the ex-sister-in-law of director, Nicolas Winding Refn.

Initially, Brigitte Nielsen began her modeling career at the beginning of the 1980s and posed for Playboy magazine multiple times. Likewise, she further posed dressing the comic book character She-Hulk for Marvel Comics in the late 1980s.

Nielsen made her acting debut through 1985 movie, Red Sonja as Red Sonja. Since then, Nielsen has starred in several movies including,

In 2018, Nielsen starred in the movie Experience as Ezilda. Likewise, she made her television series debut through Counterstrike in 1992 as Monica Steile.

Furthermore, her other television appearances are,

Besides her acting career, Nielsen has released several albums and singles. Her albums are Every Body Tells a Story(1988), I’m the One… Nobody Else(1992)and Brigitte Nielsen(2008). Furthermore, her popular songs include “Body Next to Body”, “Maybe”, “Rockin’ Like a Radio” etc.

Brigitte Nielsen is married five times in her life. She was first married to a composer, Kasper Winding. They tied the knot in April 1983 and further had a son, Julian Winding. But the couple failed to continue their relationship and divorced just after a year in 1984.

After that, Nielsen got married to an actor Sylvester Stallone on 15 December 1985. However, they divorced later on 13 July 1987. Nielsen next married to a photographer, Sebastian Copeland on 29 September 1990 but divorced just after two years in 1992.

On 17 December 1993, Nielsen tied the knot with her fourth husband, Raoul Meyer. They had two children Douglas Aaron and Raoul Ayrton Meyer Jr. However, the duo failed to continue their relationship and finally divorced in 2005.

Even several breakups and divorces didn’t stop Nielsen from falling for a new guy. Well, she is currently living happily with her husband Mattia Dessì. The couple shared their vows on 8 July 2006. Nielsen announced that she was expecting her fifth child at the age of 54, sharing a baby bump photo on her Instagram on 28 May 2018.

Since their marriage, the couple has maintained a silent relationship without facing any rumors of divorce and other extramarital affairs.

It’s the fifth child and the first daughter for Brigitte, who has four adult sons from previous failed marriages.

In a statement, the couple said,

“We are overjoyed to welcome our beautiful daughter into our lives,” and “it’s been a long road, and so worth it.”

Brigitte Nielsen is living a lavish life with her husband and children. Nielsen earns an astonishing amount of money from multiple careers. She has starred in numerous movies and television series and has further released several albums and singles.