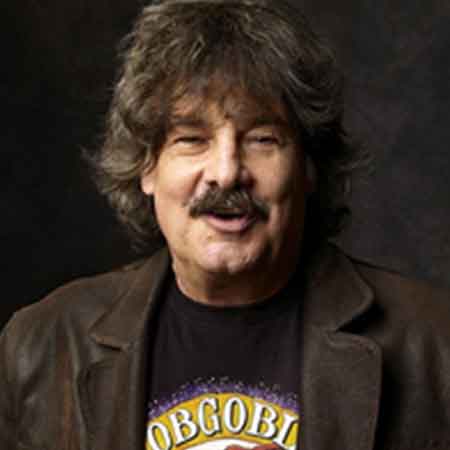 Burton Cummings is a Canadian singer, songwriter, and musician who is mainly recognized for being the former lead singer and keyboardist of the Canadian rock band, The Guess Who. Some of his hit songs include American Woman,  These Eyes, New Mother Nature and so on.

Cummings married to his beautiful girlfriend, Cheryl DeLuca. The couple has been together for almost 37 years and still, they do not have any children from their relationship. Keep scrolling to know more about his personal life, as well as career, early life, age, house, education, net worth and much more.

Burton Lorne Cummings was born on December 31, 1947, Winnipeg, Manitoba, Canada, to Rhoda Cummings-mother. His father left his family when he was just a year old. Right after that, he was raised by his mother. He attended the St.John’s High School. However, he dropped out of the school due to poor grades and began to focus on music.

Cummings’ first music band was a local Winnipeg R&B group, The Deverons where he released two singles on the tiny REO records label such as Blue is the Night and She’s Your Lover.

Burton’s music career came to limelight after appearing in the Canadian rock band, The Guess Who in 1965.  He worked with the band for almost ten years as a lead singer and keyboardist. Throughout that time, he wrote numbers of hits songs including, American Woman, New Mother Nature, These Eyes, Star Baby and so on.

However, in 1975, he left the band and started a solo career. Cummings released singles such as Stand Tall, Break it to Them Gently, and I’m Scared. Moreover, he released eleven studio albums which include, Jukebox, Dream of a Child, Up Close and Alone, Plus Sings and much more. He also released a book of poetry.

In 2016, multi-talented Burton Cummings was inducted into the Canadian Music Hall of Fame. Likewise,  he was awarded a lifetime achievement award from SOCAN for his songwriting in 2018.

Burton Cummings is a married man. He married to spouse, Cheryl DeLuca in 1981. The husband and wife have been together for almost 37 years and still, they have a strong relationship. However, the couple does not share any children from their relationship.

Former band member of The Guess Who, Burton Cummings owns a studio city home which is built in 5000 square foot and features, high ceilings, exposed beams, four fireplaces, rustic wood floors. The house worth is $4.95 million. Moreover, he also owns numbers of cars including 1965 Ford Thunderbird.