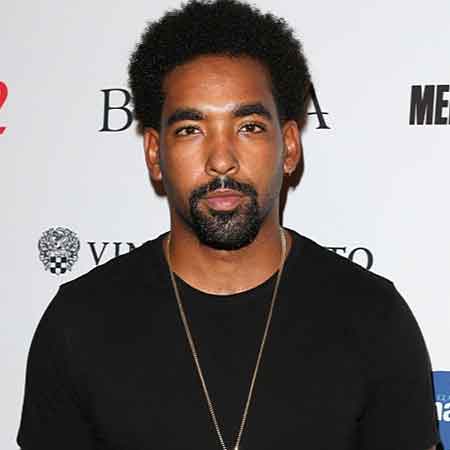 An American actor, Marlon Yates Jr. is better known for his portrayal role of The D.O.C. in the 2015 movie Straight Outta Compton along with Dr. Dre and Ice Cube. Yates made his acting debut through 2015 movie Will to Love.

However, Yates hasn’t revealed any information about his parents. At the age of 12, his mother took him to get his first tattoo. Likewise, his education background is also yet to be revealed.

In 2015, Marlon Yates Jr. made his acting debut appearing in the movie Will to Love. But the movie wasn’t able to get a good success. After that, the same year, Yates portrayed the role of The D.O.C in the movie Straight Outta Compton. He appeared alongside Dr. Dre and Ice Cube. Well, Yates soon gained a wide recognization.

Although Marlon Yates Jr. has gained a good success in his professional life, what’s going through his personal life? Is he already wedded or dating someone or still single? As far, the 31 years old actor, Yates is not married and is currently single.

However, Yates previously dated the creator of the VH1 TV series Basketball Wives, Shaunie O’Neal. Shaunie was previously married to an American basketball player, Shaquille O’Neal in 2002. They had five children together but the duo failed to continue their relationship and divorced in 2011.

Yates and Shaunie began dating in 2012. But their relationship didn’t last long and finally separated after dating for few years in October 2016. Since then, Yates is still single and there are no any rumors of his other affairs.

Till date, Marlon Yates Jr. has starred in only three movies. Besides his acting career, Yates further appears on commercials and adds. Frome his multiple profession, Yates earns a decent amount of money.

Currently, Yates has an estimated net worth of $1.5 million. Because of his low profile in social media, it is hard to find out his day to day lifestyle.