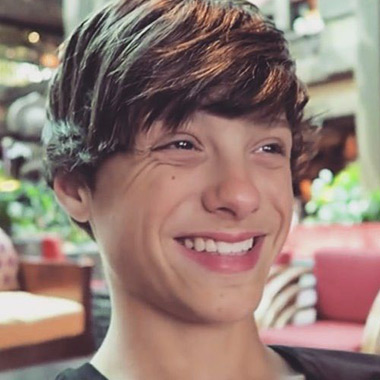 Caleb Logan was born on July 13, 2002, in Georgia. His real name is Caleb Leblanc. Julianna Grace and Hayley Noelle are younger sisters of Caleb. Julianna is 11 years old whereas Hayley is 7 years old. He was a youtube celebrity star. In a small age, Caleb and his sisters were pretty much popular in youtube. They have a youtube channel named “Bratayley”.

Bratayley was started in 2010 when Caleb was just eight years old. He used to post videos on his channel with his family. He was the oldest kid in the video. it is also known that the channel Bratayley was created for his younger sister Hayley but it became a family affair. He used to post videos about his families, the fun they had in the family. Caleb was very playful and fun loving kid. He loved to play baseball. Even in his videos, we can see how much he loved baseball. His father Billy took him to the professional baseball game as a gift for his thirteenth birthday. Caleb was amazing in playing baseball. He gained fame from his youtube channel. His youtube channel has 2 million subscribers.

Beside Bratayley, Caleb also had another youtube channel “Blazenoutlaws”, where he posted videos of him playing the game Minecraft. He loved to play that game. In those videos, we can see either he is playing individually or in the group. He just used to record whatever he does and upload it to his channel. It also came to know that he was featured on a channel named truth plus dare and had also collaborated with his younger sister in another channel called OmmygoshTv. Caleb was signed by Disney’s Maker Studio.

On October 1, 2015, a devastating news came out and it was Caleb Logan passed away. He was just 13 years old. His cause of death is referred as “natural causes” but after some research and questioning with the doctors, it was revealed that he died due to some undetected heart disease. Bruce Goldfarb, the public information officer of the state medical examiner’s office has stated that the main cause of Caleb’s death is still being investigated. He was rushed to the hospital where he was pronounced dead. He had posted a video just before a day of his death. He seemed to be quite healthy in that video. Many questions have arisen how a healthy boy can die like that?

Caleb’s funeral was live broadcasted. We can also watch the funeral “>video in  on youtube. His parents said that they had broadcasted everything about their life, so they wanted to show the funeral too. It was to create closeness with the fans. Most of his fans are young ones. They have received overwhelming and very supportive comments and messages from the fans.