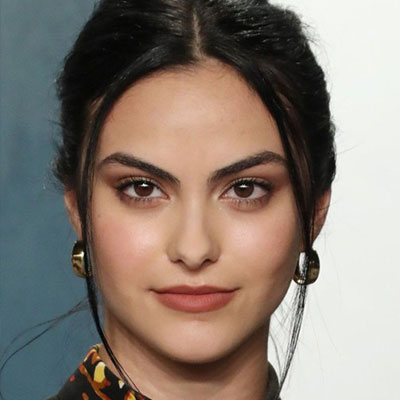 Camila Mendes is an American actress who is famous for her portrayal of Veronica Lodge on the CW television series, Riverdale. This is her breakthrough role. Mendes is quickly becoming very popular among people. She has won a Teen choice Scene stealer award for her marvelous acting performance in Riverdale.

Camila Mendes was born on June 29, 1994, in Charlottesville, Virginia. Her parents are Victor Mendes and Gisele Mendes. She also has an elder sister named Kiara Moreno. Mendes is of Brazilian descent. Her ancestors were Italian and Portuguese. Regarding her nationality, she is an American. She can also speak fluent English and Portuguese.

Mendes’ mother is from Porto Alegre, the Rio Grande do Sul whereas her father is from Brasilia, Federal District. As she was growing up she had to move 16 times. However, she spent most of her childhood in Miami, Florida. She also lived in Brazil for a year when she was 10 years old.

Mendes attended American Heritage School in Plantation. Furthermore, she graduated from New York Univerity’s Tisch School of Arts with a Bachelor of Fine Arts degree. Additionally, she took part in the Stonestreet Film Acting Conservatory for two semesters in the university. Camilla has been interested in acting since she was a child.

Camila Mendes got her first acting job in a commercial for IKEA. Since then she has come a long way. Her big break came when she landed the role of the silver-tongued, manipulate highschool sophomore; Veronica Lodge in the CW teen drama series Riverdale. Riverdale is a spin-off of the popular Archie Comics which is currently running in its second season. She stars alongside KJ Apa, Lili Reinhart, Cole Sprouse in the series.

During that time of her career, she was represented by the Carson Kolker Organization. However, she is now working with Creative Arts Agency. Apart from Riverdale, Mendes has played the role of Megan in the movie The New Romantic which was released on 11 March 2018.

Camila is now set to appear in 2018 rom-com The Stand-In which is still in the making. The actress has also appeared in various talk shows like The Tonight Show Starring Jimmy Fallon and Late Night with Seth Meyers.

The 23-year-old actress seems to be single at the moment. She shared a picture of her with film director, Ian Wallace gushing about their relationship in 2016. They were in a long-term relationship and had been dating since 2013. However, she has since deleted the photo. It either means that the two are no longer together or they have decided to keep their love affair private.

Apart from that, people have also speculated that Mendes is dating her co-star KJ Apa who plays the role of Archie Andrews in Riverdale. However, the two have not confirmed the rumors. They are more likely just good friends. Nevertheless, their chemistry on screen is off the charts.

Moving on to her health, Mendes confirmed that she had suffered from eating disorder in past. She is quite vocal about the issue and has been involved in Project HEAL. Mendes and her co-star Lili Reinhart also recently slammed Cosmopolitan Philippines for photoshopping their bodies to make them look slimmer on the cover page.

Mendes is a good role model for people who struggle with their weight and the idea of perfection. She promotes mental health on her social media.

Mendes has an estimated net worth of $3 million. She earns a salary of $ 300,000. She was able to make this fortune with her role in Riverdale and other projects. She lives a good lifestyle. She also owns an iPhone 8 which is priced at $949.

The actress is just at the start of her career. She is a brilliant and beautiful actress. We can definitely expect to see more of her in the Hollywood industry. Her net worth is also expected to increase in upcoming days.