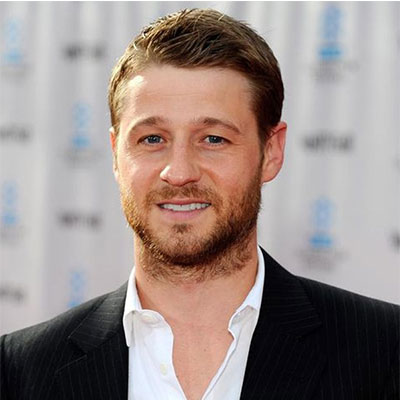 Ben Mckenzie is an American actor and director, mostly known for portraying a role of a hard-pressed teen, Ryan Atwood on the television series, The O.C. Similarly, he is one of the prominent actors of the Fox series, Gotham where he played a role of James Gordon alongside Cory Michael Smith, Robin Taylor, David Mazouz, Nicholas D’Agosto and so on.

The talented and handsome, Mckenzie has been married to beautiful girlfriend, Morena Baccarin since 2nd June 2017. Before Baccarin, he has been in a relationship with Amanda Loncar, Shelly Henning, and Emily VanCamp but eventually separated. In this digest, we will be revealing detail about his personal life, early life, education, career, salary, net worth and much more. Scroll down!!!

Ben Mckenzie Schenkkan was born on September 12, 1978, in Austin, Texas, to Pieter Meade Schenkkan, father, and  Mary Frances Victory, mother. His father is a Lawyer whereas her mother is a poet. Mckenzie has two brothers, Nate and Zack Schenkkan. Regarding his nationality, he is American and belongs to white ethnicity.

Some of his other onscreen works include MADtv, Southland, Scooby-Doo, Goodbye World, Some Kind of Beautiful and so on. Currently, Mckenzie is playing as Captain Jim Gordon in the television series, Gotham. He has been active in this series since 2014.

Ben Mckenzie is a married man. He married his gorgeous girlfriend, Morena Baccarin on June 2, 2017. Baccarin is a Brazilian actress who is better known for portraying Inara Serra in the series Firefly. The husband and wife are blessed with a daughter, Frances Laiz Setta Schenkkan who was born on March 2, 2016.

Prior to Baccarin, the good-looking actor was in the relationship with renowned actresses such as Shelley Henning, Amanda Loncar, and Emily VanCamp. However, their relationship was only made for a certain period of time.

Currently, Mckenzie is busy on the television series, Gotham.He has kept himself away from extramarital affairs and neither any rumors regarding his relationship are out in the media.

The hardworking actor also owns numbers of cars including Audi A5 which worth is around $80,000.

As of 2018, Ben Mckenzie’s net worth is estimated at $13 million but seeing his films and television works, his net worth is sure to increase in coming days.