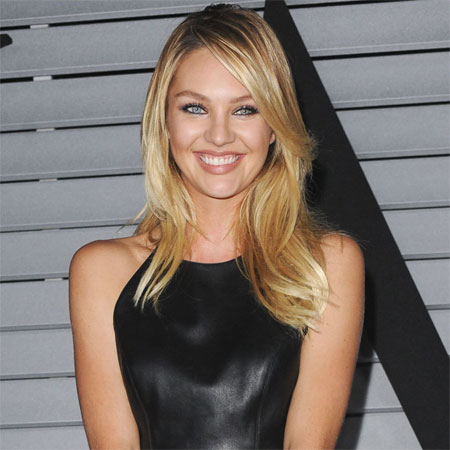 Candice Swanepoel is a South African supermodel. She is well known for wearing the 10 million dollars bra, named the “Royal Fantasy Bra” in the Victoria’s Secret Fashion Show.

Being active in this modeling field since 2003, she has appeared on the covers of Australian Vogue, Brazilian Vogue, Mexican Vogue. Likewise, Candice Swanepoel walked the runway for Fendi, Tommy Hilfiger, Dolce and Gabbana, Michael Kors, Donna Karan, Giambattista Valli, Prabal Gurung and much more.

Candice Swanepoel was born on 20 October 1988 in Mooi River, Kwa-Zulu Natal, South Africa. She is the daughter of Willem and Eileen Swanepoel. Candice Swanepoel’s father is from Mutare, Zimbabwe whereas her mother is South African. She has one older brother named Stephen.

Big brother and I dressed for success ????

Swanepoel attended boarding school at St. Anne’s Diocesan College at the age of 15, when she was spotted by Kevin Elise, a modeling scout, at a flea market in Durban which changed her life forever. At the age of 16, Candice Swanepoel engaged more and more modeling jobs all across Europe.

Candice Swanepoel started her career in 2003 and worked for various modeling agencies in Milan, London, Paris, and South Africa for two years. Later on, Candice Swanepoel moved to New York to take up modeling as a full-time career. In 2006, she walked runway model for Tommy Hilfiger and Dolce & Gabbana at Ready to Wear – Spring / Summer 2006 fashion show.

In the same years, she featured in the ‘SWIM’ catalog, along with other fashion models, like Rosie Huntington-Whiteley, Erin Heatherton, Lindsay Ellington, and Behati Prinsloo. In August 2010, she inaugurated Victoria’s Secret’s first retail store at West Edmonton Mall in Edmonton, Canada.

Moreover, Candice Swanepoel ramp-walked for Victoria’s Secret fashion show featuring the most expensive ‘fantasy bra’ named ‘Royal Fantasy Bra’ in 2013. The bra and its matching belt featured over 4,200 precious gems, which included rubies, diamonds and yellow sapphires set in 18-carat gold with a 52-carat ruby at the center.

Apart from that, Candice Swanepoel is connected to a charitable organization Mother2Mother, which is devoted to achieving an “HIV-free generation” of children and mothers in Africa.

Candice Swanepoel’s current relationship status is engaged and going to marry soon. She and Brazilian supermodel, Hermann Nicoli got engaged in August 2015. The couple first met in Paris when Swanepoel was just 17 years old. After being in a relationship with her boyfriend for several of years, they engaged later. After a year later, the two welcomed a son named Anaca in 2016.

“Those who feel it is wrong to feed your child in public need to get educated on the benefits breastfeeding has on mother and child and intern (sic) on society as a whole.”

Many women today are shamed for breastfeeding in public, or even kicked out of public places for feeding their children. I have been made to feel the need to cover up and somewhat shy to feed my baby in public places but strangely feel nothing for the topless editorials I’ve done in the name of art..? The world has been desensitized to the sexualization of the breast and to violence on tv…why should it be different when it comes to breastfeeding? -Breastfeeding is not sexual it’s natural- Those who feel it is wrong to feed your child in public need to get educated on the benefits breastfeeding has on mother and child and intern on society as a whole. ???????????? ???????? #mothernature

Swanepoel’s brand endorsements are Chanel, Christian Dior, Carina Duek, Colcci Denim, Diesel, Diane von Furstenberg, Dolce and Gabbana, True Religion. Moreover, she was ranked No 8 with earnings of $7 million in 2016. As of 2017, her expected net worth is to be around $25 million.