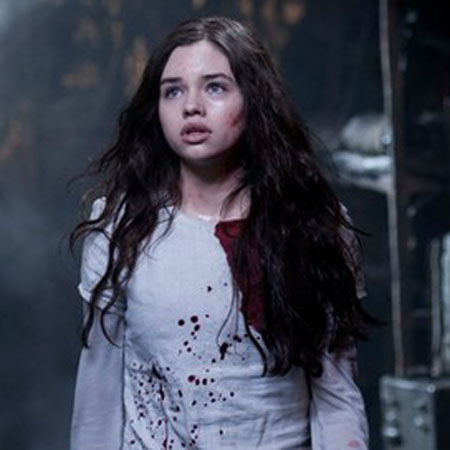 India Eisley is an American actress, well known for portraying as Ashley Juergens on the series, The Secret Life of the American Teenager. Moreover, she is famous for her roles in the films such as Underworld: Awakening, Sawa, Kite, and My Sweet Audrina.

India Eisley was born on October 29, 1993, in Los Angeles, California. Eisley is the daughter of David Glen Eisley, a musician and Olivia Hussey, an actress. India Eisley has two half-siblings named Alexander Martin and Max Fuse.

India Eisley is the niece of an actor, Jonathan Erickson Eisley. Moreover, her grandfather Anthony Eisley was also an actor. She led her family’s background to become a famous actress. She studied ballet, tap, and modern dance.

India Eisley made her acting debut in the 2003 movie, Mother Teresa of Calcutta. At the age of 12, she starred in the film, Headspace playing as Martha in 2005.

In 2008, India Eisley got to play a major role in ABC Family Network’s drama series, The Secret Life of the American Teenager. In the movie, she portrayed Ashley Juergens, younger sister of a teen mother, Amy Juergens. While performing the television series, she always felt that the scenario of the series was based on her real life.

Moreover, India Eisley appeared in the film, Social Suicide, a new story of Romeo and Juliet. She began filming the movie in 2014, and the movie was released in late 2015. Additionally, she also played as Briar Rose in 2015 fantasy film, The Curse of Sleeping Beauty.

In 2016, India Eisley appeared in a major role in the TV series My Sweet Audrina as Audrina Adare. Later in 2016, she appeared in the thriller movie, Behind the Glass. Recently in 2017, Eisley starred in the film, Clinical. Her other upcoming projects Adolescence and Look Away are under the production.

Coming sooner than later, from “Look Away”. I so loved working on this one. More to come.. x
Meet Maria #soon pic.twitter.com/EmOXNNg7WQ

India Eisley was linked with her co-star of My Sweet Audrina, William Moseley. But she told the media that the two were just good friends.

With her Rumor boyfriend: twitter.com

Currently, India Eisley is possible to be single as there is no report of her being in any relationship now or in the past. Report on her affair or boyfriend has not captured by the media till date.

Despite her young age, the talented actress, India has appeared in several films and TV series. India Eisley surely earns her handsome salary from her career which adds up her current net worth of $ 2 million.