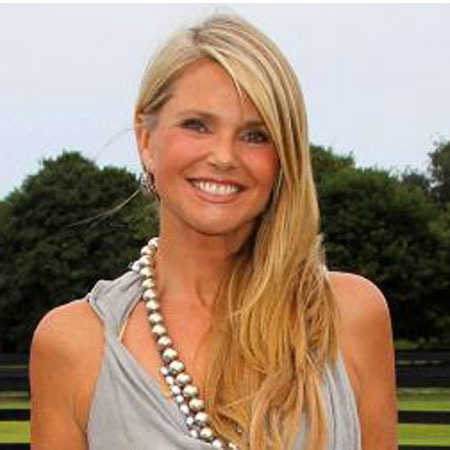 Vanna White is a famous film actress and television personality who is best known for portraying as the hostess of the game show, Wheel of Fortune. Similarly, her film credit includes Indecent Proposal, Double Dragon, Naked Gun: The Final Insult, etc.

When it’s about an earning, Vanna makes a handsome salary from her acting and hosting professions. She makes nearly $8 million each year from her game show work.

Apart from that, Vanna has collected huge money from the television series and films. As of 2017, her estimated net worth is $30 million. Similarly, her net worth seems to be increasing day by day until her shows continue.

Aged 60, Vanna White is a married woman. She married to a handsome guy, George Santo Pietro in 1990. He is a film director widely known for his work in the movie the Kept. They have two children from their relationship, a daughter, Gigi Santo Pietro and son, Niko Santo Pietro. The couple were married for 12 years and got divorced in 2002.

Happy Mother’s Day to all the mom’s in the world! Enjoying a great week with my kids! #amotherslove #happy #fun #specialbonds

Before, George, Vanna was in the relationship with a guy named, John Gibson. He was a Playgirl centerfold dancer who later turned actor. The couple got engaged. However, the tragic end came in their relationship after John was killed in a plane crash.

Currently, Vanna is living a single life along with her children. She has not involved in any affairs since her divorce from George.

TBT 1972 with my cat Cece and my new #princessphone. #hoursonthephone

Vanna’s parent divorced at her early age. Since that day, she was raised by her mother in North Myrtle Beach.

Later on, she moved to Atlanta Georgia and attended the Atlanta School of Fashion where she worked as a model. Afterward, she went to Los Angeles in 1979 for pursuing her acting career. However, she returned to South Carolina keeping her career away to see her mother, who was dying of cancer.

Vanna made her first on-screen debut in 1980 in a game show, the episode of The Price is Right. Before that, she was a contestant on the 1978 Miss Georgia. Two years after her first television appearance, she got selected out of 200 applicants to join new host, Pat Sajak on the NBC game show, Wheel of Fortune.

The show met with the great success. By 1986, they attracted 30 million viewers. Similarly, in 1999, Wheel of Fortune was seen by more than 40 million people.

On the other hand, Vanna also made an appearance on the television shows such as Super Mario Bros. Supershow, Simon & Simon, Full House, The King of Queens etc. Likewise, she also starred in the film such as Double Dragon and Naked Gun: The Final Insult. In 1996, she became the main narrator and singer in the CD release Santa’s Last Ride.

With her amazing modeling, acting and hosting talent, she became a huge star in a brief time. Currently, she is busy with her career and is living a happy life with her children.