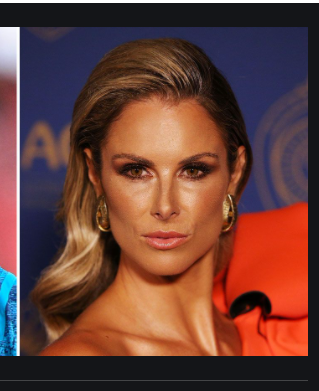 Candice Warner is a professional Australian Ironwoman, model and surf lifesaver. She is mainly known for her amazing surfing talent. Warner was an NSW state Ironman champion.

Candice Warner is also better recognized for being the spouse of Australian cricketer David Warner who is the current vice-captain of the Australian national cricket team. Read more to know detail about Candice Warner’s personal life, net worth, salary, career, education, and many more about her.

Candice Ann Warner was born on March 13, 1985, somewhere in Australia, to Michael Falzon, father, and Kerry Falzon, mother. Regarding her nationality, she is Australian and is of Maltese heritage.

Candice Warner started competing in the Ironman series since the age of 14. Within two years, she managed to become an NSW state ironwoman champion. Later in 2008, she got qualified for the 2008 Nutri-Grain Ironman & Ironwoman series.

At the same year, she also appeared in the series, It Takes Two supporting the Australian non-profit organization Beyond Blue. Likewise, she also became the subject of the Australian Stroy program. Moreover, Warner made an appearance in the Australian celebrity version of Hell’s Kitchen where she secured 10th position.

Currently, Candice maintained a strong relationship with her husband, David Warner. The couple equally gives time to their career as well as to their love life. Likewise, they have kept themselves away from the extramarital affairs.

Youtube: Candice Warner and her spouse David Warner in Gym

David Warner also appears to be a loyal husband as he provides much time to his children. Candice often posts pictures of herself and David with their children visiting different places.

[ CAPTION: Husband and Wife, David and Candice with their children ][ SOURCE: Instagram ]

[ CAPTION: Husband and Wife, David and Candice with their children ][ SOURCE: Instagram ]

Candice Warner makes a decent amount of money from her Ironwoman, modeling and surf lifesaver career. Besides that, she has also collected money by appearing in the television series.