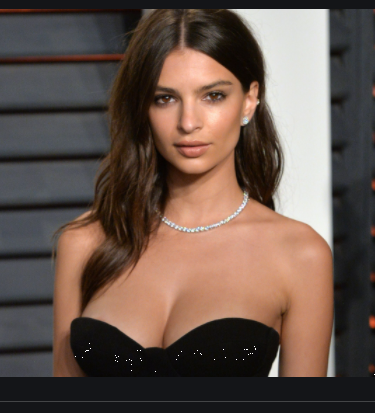 Emily O’Hara Ratajkowski popular as Emily Ratajkowski is an American actress and model. She rose to fame after her topless appearance in the music video for Robin Thicke’s Blurred Lines which counted the number one song of the year in several countries in 2013. That same year, she was featured in Maroon 5’s “Love Somebody.”

In 2018, she married her boyfriend of several weeks, Sebastian Bear-McClard, an actor and producer. As of 2019, she has an estimated net worth of $6 million. Not only this but we have huge to tell about her so scroll down.

Being a supermodel and actress at a time, Emily Rataijkowski earns the good sum of money. Some of her hit movies are listed down with their box office collections.

Apart from movies, she adds the tremendous sum to her net worth through her modeling career. She has featured as well as walked for various prestigious brands.

As of 2019, her net worth is approximately $6 million. Further, she makes over $300,000 annually as salary. Additionally, she owns a 1,650-square-foot home in LA worth $2 million with her husband. Their LA house consists of three-bedroom and three-bathroom.

Besides, the model has raised funds as well as done public service announcements and committed to a short film promoting reproductive and sexual health for Planned Parenthood (PPFA).

Emily Rataijkowski, 27, dated two men before she finally tied the knot with her then-boyfriend-now-husband, Sebastian Bear-McClard.

In 2014, her relationship with Andrew Dryden, a creative director, got her wide recognization. That same year, she dated Jeff Magid, musician, but soon broke up.

Later on 23rd February 2018, she took her official Instagram to announce her wedding which was quite shocking for her fans. She wedlock with Sebastian Bear-McClard, actor and producer, in a New York City courthouse wedding.

The couple is often spotted together in several places and seems to be strongly bounded. As of now, the duo has not announced any planning to welcome children yet.

Being feminist, Emily enjoys the freedom of sexual expression and is an advocate for women’s health.

Emily once became a victim of female celebrity hacking, and internet posting wave as her nude photo was stolen from iCloud.

Emily signed a contract with Ford Models at the age of 14 and appeared in the teen print catalog modeling for fashion lines such as Kohl’s and Nordstrom. While attending San Dieguito Academy high school, she also auditioned for Disney and iCarly and also appeared in two episodes of Nickelodeon’s iCarly.

Afterward, Emily Ratajkowski began shooting for several magazine covers and also did nude and clothed art modeling. Being in the limelight, she got chance to appeared in music videos such as Fast Car in 2012, Blurred Lines and Love Somebody in 2013.

Till now, Emily Ratajkowski has done modeling for Marc Jacobs at New York Fashion Week, Paris Fashion Week for Miu Miu and Milan Fashion Week for Bottega Veneta and several other prestigious brands. She also featured in TV series such as Andrew’s Alteration, A Year and a Day, Gone Girl, Cruise, I Feel Pretty, etc.

In 2018, she starred In Darkness alongside Natalie Dormer and Ed Skrein.

Emily was born on 7th June 1991 as the only child of an American parent’s John David Rataijkowski and Kathleen Balgley in Westminster, London. Her father, John, is a painter and teacher and mother, Kathleen, a professor of English. They moved and settled in the United States in San Diego, California at the age of five.

While attending the North Coast Repertory Theatre School, Emily started her first formal role in the movie The Little Match Girl as a child actress and also for Theatre production. She also attended San Dieguito Academy High School in San Diego at the age of 15. She was comfortable with her naked body from her teenage and was influenced by third-wave feminism.