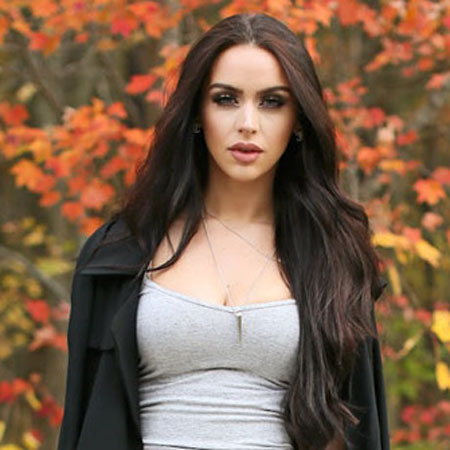 Carli Bybel is a YouTuber, makeup artist, beauty, fashion, and fitness guru. She is well known for her Youtube channels, CarliBel55 and InnerBeautyBybel.

Carli Bybel was born on 17th October 1990, in New Jersey. She is the second child of her parents. She grew up with her older sister, Amanda. Her parent’s divorced during her high school years.

Carli Bybel’s father left their family and moved to Florida with his new girlfriend. Bringing up two daughters alone was difficult, and her mother Jody sold their house and moved to live in a small apartment. Amanda and Carli worked and studied together.

Carli Bybel found her love for beauty and makeup during her junior year. She made business cards and charged $25 for a full face of makeup. It was easy for her to get customers because she knew a lot of cheerleaders who liked how she did her makeup.

Later on, Carli Bybel realized that she wanted to become a makeup artist and one of her friends suggested to create a YouTube channel. Carli Bybel uploaded her first video, Curl your hair with a straightener, Tutorial in 2011.

Youtube: Carli Bybel, How I Curl My Hair with a Straightener;

Then, she continued posting makeup and hairstyle tutorials, and her subscribers grew to one million after two years. Thus, she found her key to success and hasn’t looked back since. Her most famous video is ‘Megan Fox Makeup Tutorial’ which has over 4.7 million views. Her blog site is called The Fashion Bybel.

Also, Carli is creating and sharing signature products she loves (think vegan, cruelty-free and products with a purpose) on her own Pranava Beauty website.

Recently, Carli was named the Global Ambassador to the WAH Foundation. To raise awareness and funds, Carli sponsored a scholarship that will provide at-risk girls with an advanced education in Cambodia.

Currently, Carli is dating her boyfriend Badr Ghabi. She previously dated Brett Cap. Her boyfriend, Brett is a fitness guru, who posts about fitness methods, diet plans, exercise techniques, and nutrition on his YouTube channel.

The couple knows each other since their teens days. Moreover, she posted a side by side photo of her Brett of their childhood and grown-up on Instagram in January 2013. The two released a video with the title Boyfriend Does My Makeup, introducing her fans to her new partner. They often released collaborative videos. But Carli and Brett ended their relationship in December 2017.

Carli current boyfriend, Badr Ghabi is a model and also a real estate businessman. The couple started dating each other since 2018 and they also recently made a trip to Morocco together. During their visit, Ghabi was supporting Morocco team at the 2018 FIFA World Cup.

Carli earns a good sum of money in her career. She is earning a huge income from her Youtube channel and endorsements deal. Her salary is estimated to be more than monthly 16000 dollars. Allocating information from several sources as of 2018 it is found out that Carli Bybel’s net worth is expected to be around $8 million.