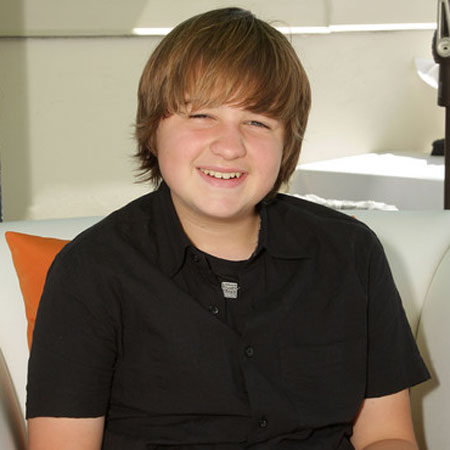 An American actor who is better known for portraying a role of Jake Harper in the popular television series Two and a Half Men, is Angus T Jones. He won the multiple awards for that role and also became the TV’s highest paid child actor.

Angus Turner Jones was born on October 8, 1993, in Austin, Texas. He was born to American Parents which include his father, Kelly Charles Jones, mother, Carey Lynn Claypool and brother Otto Jones.

Jake Harper – Two And A Half Men

Jones started his film career at the age of four. At the beginning, he appeared in the television commercials and subsequently, a year later he made a film debut in the 1999 film called, Simpatico.

Till the present context, he has played for multiple numbers of television series and films. But Jones gained an exposure after playing in the series, Two and a Half Men as Jake Harper in 2003.

Youtube: Angus T Jones talked about the television series, Two and a Half Men.

Correspondingly for his role Jake, he won two Young Artist Awards and TV Land Awards. Besides that, Jones also won Character and Mortality Entertainment Awards for portraying Hunter Morris in the film, The Rookie. At the age of 17, Jones became the highest paid child star.

Though he was earning decent money for his role in the television series, Two and a Half Man, later he quit it. The script made him uncomfortable, thus made him leave the series. Right after that, he then attended the University of Colorado Boulder for pursuing his degree as well as give continuity to his career.

Apart from acting, Jones also joined the Management team of Tonite, a multimedia, and event production company. Similarly, he is very active in charity works. He has supported the anti-bullying alliance Be A Star which was co-founded by The Creative Coalition and WWE. Likewise, he also supported the First Star Organization to help neglected and abused children.

Aged 24, Angus T. Jones has been in a relationship with a woman named, Sarah M since 2011. The couple is often spotted spending their time together. They often post their photos on their social accounts.

They must be living a happy life as till the date there has not been any serious conflict between which would lead to separation. Neither, they have involved in other love affairs.

Jones has appeared in the multiple Hollywood features till the date. Likewise, he has accumulated a decent money from his acting professions. As of 2017, his estimated net worth is $15 million.