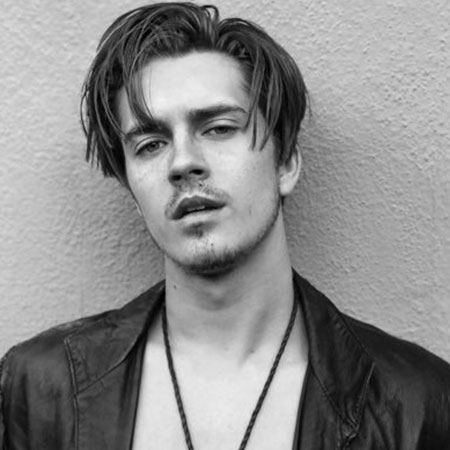 Three times Young Artist Award winner, William Brent is an American actor. He is mainly known for playing Chase Davenport on the Disney XD series, Lab Rats. Similarly, he is also better known by the name of Billy Unger for his work on Lab Rats: Elite Force.

The handsome actor, William has been in a relationship with multiple women. He first dated an American actress, Allisyn Ashley Arm but eventually, they separated. Subsequently, he then dated several popular celebrities such as Alli Simpson, Raini Rodriguez, and Teala Dunn.

William Brent Unger was born on 15th October 1995, in Palm Beach County, Florida. He is a son of William Unger, father, and Karley Unger, mother. Similarly, he rose up with his sister named Erin and brother, Eric Unger.

I’ve always been hard.. For as long as I can remember. It ain’t the life I chose but it’s the one that chose me, baby. Momma was crimpin my style wit da Winnie the Pooh cap but I still pulled the babes so is alllll good. P.s. I was in my bulking stage don’t judge. (; #beautifulMOMent

Brent went to Los Angeles with his family while he was at the age of 11. Before beginning his career as an actor, he used to spent his spare time skateboarding, surfing, and playing guitar.

He first started his acting career at the age of 12 in the film called Seven’s Eleven: Sweet Toys as Frankie. In the same year, he also made an appearance in the television series, Scrubs as a role of Devin.

As of now, he has appeared in the several television series and movies. But he gained an attention from his admirers after appearing in the films Cop Dog and Terminator: The Sarah Conor Chronicles. He received Young Artist Award for a role Robby North in the movie, Cop Dog and television series, Mental and film, You Again.

Apart from his acting career, Brent has also made an appearance in the video games Uncharted 3: Drake’s Deception and Skylanders: Giants.

Talented and good-looking actor, William has been linked with several women till the date. His first girlfriend was Allisyn Ashley whom he dated in 2009. But their relationship did not last for a longer period.

After that, he dated an Australian singer named, Alli Simpson in 2012. The couple enjoyed their love life for only one year and separated. Subsequently, he then dated actresses, Raini Rodriguez and Teala Dunn.

Currently, he is dating a woman named Angela Moreno. She is a popular Instagram personality who has accumulate followers more than 50,000. The boyfriend seems to be enjoying their blissful moment.

The couple often posts their photos hanging out in different places. Besides their relationship, neither of them have involved in love affairs and nor any news or rumors regarding their extra affairs are in the media.

William Brent Unger makes an attractive amount of money from his acting professions. He has featured in several movies and TV series through which he obtains a decent amount of money as salary.

Allocating information from several sources, as of 2018, his net worth is estimated to be around $600 thousands. Besides, his acting career he is also very much popular on social networking sites like Instagram, and Twitter. You can follow to know more info about him.