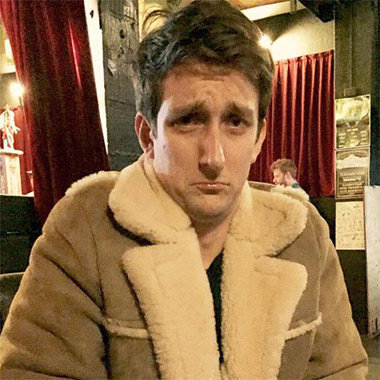 Amongst the many young guns of the journalism field, a name that always stands out is Carrington Clarke. Clarke, an SKY NEWS Business’ Sydney-based reporter has done a remarkable job in the field of mass media and communications. He regularly reports and works for the hit programs such as Trading Day and Market Moves. He also contributes to segments on The Perret Report and Switzer.

Carrington attended the Australian National University, where he studied Political Science and Economics. After completing his studies, he started working as an economist at both State levels of Government and Commonwealth. This part of his experience gave him a unique insight into the mechanisms of government conducts and the decision-making process and its implementation at that level. All of this was before he moved towards Journalism.

From the start, he has been a highly indulging personality and he enjoys while he has his opportunity to delve deeper into the big issues, especially when it comes to some of the most renowned and influential figures. Since, the start of his career as a reporter, he has interviewed a range of Australia’s leading Business and Political personalities.

Clarke has never been a resting being. He started a Masters of the Journalism program at the University of Technology in Sydney. He also worked at the ABC and Fairfax before he joined the SKY News. In the 2013 Federal Election, he also co-hosted a national radio broadcast. Thus, he has a figure that has enhanced himself continuously by showing a great patience and passion in what he does the best.

Besides, being a workaholic, he is also a very passionate traveler who likes working and traveling at the same time. His obsession with travel caused him to spend a great portion of his youth traveling here and there through Europe and Asia, and also from the Southern tip of South America to Vancouver in North America.

He is also the regular Contributor for Sky News Live through programs such as Reporting Live with Stan Grant, The Friday Shows, PM Live with Paul Murray, News Day and PM Agenda with David Speers. He has been a great inspiration for the upcoming generation of reporters and presenters. Besides his extraordinary works and affiliations, he is a kind-hearted human being who has involved and contributed in many different social activities.

As a journalist, he is best at packaging stories, live crosses, providing insightful and engaging content and live reporting. He is a highly experienced and an autonomous video-journalist. He is the regular host of the Traing Day, Live rolling coverage and commentator in the Australian Stock Exchange. He is also a regular host for Business Agenda. He has high outside disaster experience, extensive experience in covering business/economic and finance stories that are based on strong academic and work experience.