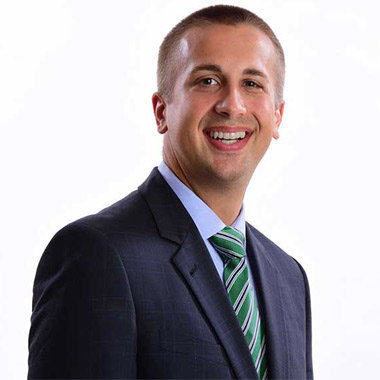 Talking about his early life, Mike Couzens was born in the White Plains, New York, United States. Besides his nationality there is not much more information on when he was born and how he spent his childhood days. This young gentle man has graduate degree from Syracuse University’s S.I. Newhouse School of public Communication. He graduated with Bachelor of science degree in broadcast journalism.

Mike Couzens started his professional life from White Plains City Court where he worked in the position of Office Assistant and docketed criminal files. He was also responsible to process check and credit card payments for moving violating tickets. After spending short rime in White Plains City, he started work as a Store key Holder/Cashier on Pizza Inc in June 2008. He got his first play-by-play job in Falmouth Commodores, where he worked for 1 year. In May 2009, he moved to Cape Cod Basketball Club where he served in the position of Office Coordinator for 4 months. In January 2010 he landed job in WSYR 570 AM where he worked as Evening Reporter/ Similarly he worked as Play by Play Broadcaster/Studio Host/Media Relations in Syracuse Chiefs.

Before landing his job in ESPN in 2012, Mike Couzens served as a play-by-play broadcaster for Dayton Dragons Professional Baseball, Sison Broadcasting, Big Ten Network and worked as Broadcasting and Media Relations Manager in Fort Wayne TinCaps. During his tenure in Fort Wayne TinCaps he did television play-by-play for all 70 home games and also did solo radio play-by-play for all 70 road games. He also contributed in maintaining all baseball-related media relations duties such as game notes, press releases and game stories. He made more than 30 appearances with home team and promoted the groups. He also promoted Fort Wayne’s baseball history.  After gaining experience in various big media, he landed his job in ESPN in 2012 and started to work as Play-by-Play Broadcaster. He has been working under ESPN umbrella for ESPN, ESPN2, the SEC Network and ESPN3. Currently he is considered as one of the experienced and prominent broadcaster on ESPN and has been considered as the asset for the ESPN.

Mike Couzens has been source of inspiration for those who have been seeking career in broadcasting media. His presentation skills have been widely appreciated. Moving to his personal life, this young gentle man has not opened his mouth about his married life, relationships and affairs. So, its quite hard to talk on these subject matters. To get more update  on this energetic broadcaster of ESPN, you can follow him in facebook, twitter and Instagram.