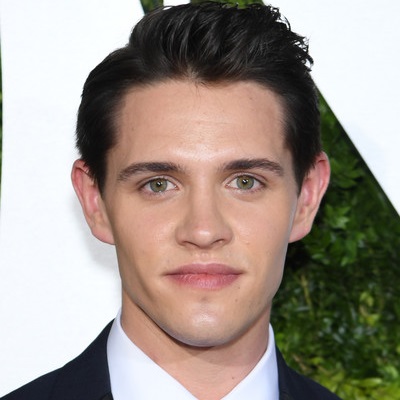 .An American actor, Casey Cott is best known for his outstanding role on the CW series Riverdale as Kevin Keller. He started his acting career from the local Ohio productions shows Bloody Bloody Andrew Jackson and Romeo and Juliet. Cott is the new face of the Hollywood industry. He is currently dating Stephanie Styles.

Casey Cott was born on August 8, 1992, in Chagrin Falls, Ohio. Even being such a famous actor, there is no any information of his parents. Cott grew up along with his sibling sister Carly Cott and brother Corey Cott.

His brother Corey is also an actor. After completing his primary education, he attended the Boston University for his higher education. But Cott decided to study acting, so he transferred to the Carnegie Mellon School of Drama. Well, he completed his graduation in 2016.

A talented actor, Casey Cott started his career in 2012 from the local Ohio productions shows Bloody Bloody Andrew Jackson and Romeo and Juliet along with Hailee Steinfeld. However, in 2014, he became the cast member at the New Hazlett Theater in Pittsburgh in the play Parade. In the following play, Cott starred along with his classmates of Carnegie Mellon.

Later, in August 2016, appeared in the new musical project of  Stephen Schwartz which is the stage production of The Prince of Egypt. He appeared in opposition to the Shuler Hensley and John Cariani. Well, during his final years at CMU, Cott appeared in the TV adaptation of the Archie Comics universe show Riverdale as Kevin Keller. In the following show, Cott appeared along with Marisol Nichols, Madelaine Petsch, Mark Consuelos, KJ Apa and others.

Well, Coty became Notable because of being first openly gay character in the history of Archie Comics. However, Cott mentioned in a Facebook video in March 2017 that he originally auditioned as Archie Andrews and Jughead Jones. However, he will be appearing in the second season too. Furthermore, he also appeared in the show Law & Order: Special Victims Unit Lucas Hale. Besides this, Cott also appeared in the music video “Why” as a role of Boyfriend.

The 25 years old young star, Casey Cott is able to attract many fans by his excellent performance and stunning looks. Well, he is not married yet. But he is currently dating Stephanie Styles who is an actress, dancer as well as a singer. If we visit his social media account Instagram then we can see him posting photos along with his girlfriend.

Accounting his financial status, Casey Cott must be earning a good amount of money from his acting career. Furthermore, he also adds money from the music videos. According to the recent data, his current net worth is $0.1 million which is totally worth.