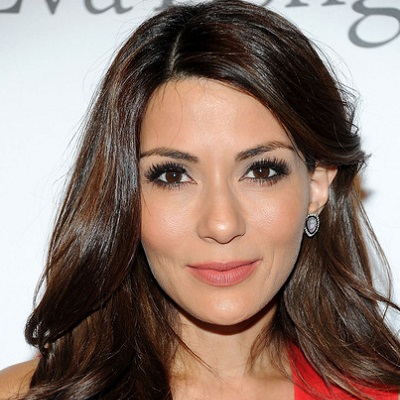 An American actress, Marisol Nichols is best known for her excellent role as Special Agent, Nadia Yassir in the Fox Television series 24. However, these days, she appears in the series Riverdale as Hermione Lodge as well as in the Teen Wolf as The Desert Wolf.

On 13th April 2008, Marisol Nichols tied a knot with Taron Lexton who is a cinematographer/director. This couple welcomed their daughter Rain India Lexton on 30th September 2008.

Marisol Nichols was born on 2nd November 1973, in Rogers Park, Illinois, the United States to a Hungarian and Romanian descent father and Spanish- Mexican descent mother Maria. She never met her father.

Nichalos is the eldest child of her family and has two younger brothers. But their name is still unknown. Nichalos completed her primary education from the Naperville North High School. Well, she is the graduate of College of DuPage.

Marisol Nichols started her acting career in 1996 through the Due South and Beverly Hills, 90210. However, she made her first movie debut through Vegas Vacation as Audrey Griswold in 1997 along with Chevy Chase.

Furthermore, Nichols also provided supporting roles in other movies like Scream 2, Friends ‘Til the End etc. Till now, she has appeared in many movies as well as in the television series which are listed below:

The talented and well-known actress, Marisol Nichols is able to attract many fans by her outstanding performances and the charming looks. Well, Nichols tied a knot with cinematographer/director Taron Lexton on 13th April 2008.

They welcomed their daughter Rain India Lexton on 30th September 2008.

Moreover, she was also married to Andrea Sorrentino in 1995. But they failed to continue their married life so they separated in 1998. Besides this, there are no any records of her other relationships. Moreover, there are no any rumors regarding her divorce.

Allocating information from several soruces as of 2018 it is found out that Marisol current estimated net worth is around $5 million.