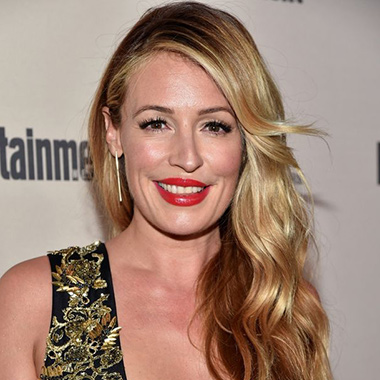 Catherine Elizabeth Deeley is an English actress, TV presenter, singer and former model, who is better known by her pseudonym ‘Cat Deeley’. Based in the UK and the United States, she has presented many popular shows for both countries.

At age 14, she entered the regional competition The Clothes Show, where she reached the national final. Soon, she was noticed by the agent of the Storm modeling agency at age 16 and eventually signed as its model. Following changes in her contract with Storm, Deeley left full-time modeling in 1997.

Changing her professional career, Cat Deeley moved on to hosting and co-presented Hitlist UK, the MTV chart show. Since then, she began presenting various shows such as the children’s program SMTV Live with Ant & Dec. She also hosted CD: UK and CD: UK Hotshots. In 2002, Deeley appeared for Marks and Spencer’s (M & S) television advert. In 2005, she was seen in an episode of Little Britain and lend her voice to the UK version of the film Robot.

Other programs which she became part of during her career are ‘The Record of the Year’, ‘Fame Academy’, ‘Stars in their Eyes’ and much more. She has also hosted the 2004 ‘BRIT Awards’. In 2006, she has given the duty as hosts for the reality show ‘So You Think You Can Dance’.

Cat Deeley has interviewed many celebrities, including Kylie Minogue, for the UK’s special TV program on Sky One. She also guests reported for the NBC’s The Tonight Show. On 1 July 2007 at the Concert for Diana, new Wembley Stadium, Deeley served as the speaker for the concert. In September 2007, Deeley presented a music series called ‘Soundtrack to My Life’, which was produced by Hamma & Glamma Productions. In January 2006, Deeley was assigned to host the new season of ‘So You Think You Can Dance’. Ever since she has worked as the host for the show.

Other projects which she has hosted includes the 3rd season of ‘Soundtrack to My Life’; guest hosting of ‘Who Wants to Be a Millionaire’; BBC America’s broadcast of ‘Gordon Ramsay’s F Word’; the television version of the electronic game 20Q for GSN and much more. She was also the co-host of the CNN coverage of the wedding of Prince William and Kate Middleton.

Cat Deeley has appeared in various television shows: on 14 March 2012, she appears as the guest judge for America’s Next Top Model. She host ‘The Choice’ celebrity dating game show on FOX . In 2014 she has seen in a comedy series ‘Deadbeat’.

Cat Deeley is seen dating, businessman Mark Whelan between 2001 and 2006. She was romantically involved with Jack Huston and stayed together as girlfriend and boyfriend for almost two years. In 2011, Deeley had a short-lived relationship with actor Michael McMillian.

In 2012, Patrick Kielty announced that he was dating Deeley and their relationship turns into their marriage. The wedding took place in Rome on 30 September 2012. The couple has their first child, a son on 19 January 2016. Deeley and Kielty are still together, sharing good chemistry with no signs of divorce till date.

Cat Deeley is an active supporter of UNICEF and a great patron of London’s Great Ormond Street Hospital. Due to her active participation in UNICEF, she was made a UNICEF UK ambassador in December 2009.

Cat Deeley has been nominated and won a number of awards; she has been awarded Primetime Emmy Award for Outstanding Host for a Reality or Reality-Competition Program for three times. In 2001, she won children’s BAFTA award.

Cat Deeley, who described herself as a religious Anglican has a net worth of $18 million dollars. Her salary is highlighted to be $60 thousand per episode that she host or present.