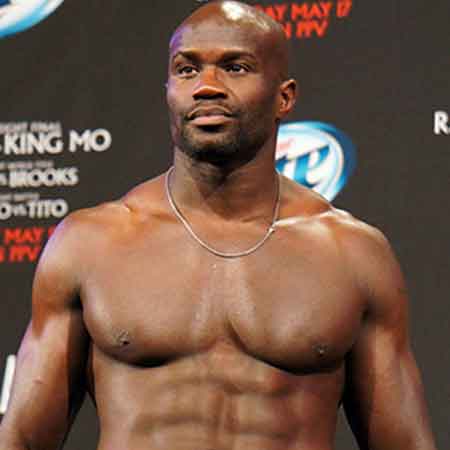 A French heavyweight MMA fighter, Cheick Kongo is also a former kickboxer in Bellator MMA. He started his career in MMA since 2001 and also has competed for the UFC. As per the world ranking by Sherdog, Cheick Kongo is ranked #12.

The 42-year-old fighter, Cheick Kong started his training in martial artist arts at the age of 5.

Cheick was born on 17th May 1975, in Paris, France. He began his training in martial arts when he was just 5 years old, learning Kendo and Karate. While growing younger, he began to expand his repertoire and trained in Muay Thai, Greco-Roman wrestling and kickboxing.

Cheick even studied Pencak Silat coached by Charles Joussot and Franck Ropers. He is also a cousin of Fulgence Ouedraogo– a French rugby union player.

In the year 2001, Cheick began his professional career as an MMA fighter and after a certain period of time, he entered the UFC at UFC 61. And in UFC 92, he beat former Cage Rage British Heavyweight champion Mustapha al- Turk by TKO.

It looks as if Cheick is on good term with UFC because he has been with it since the beginning of his career and on May 2013, he said:

Cheick has kept his love life under the wraps for now. There is no information about his relationship status. As he has also not posted pictures with potential partners on his social media pages. It seems Cheick is a relatively a private guy when it comes towards his personal life.

He might be in a relationship with someone under the limelight so we can assume that he is single.  He is much more focused on his career at the moment and this could be the reason that he has no time to be in relationships.

Cheick Kongo earns a good sum of money in his career. Allocating information from several sources as of 2018 it is found out that Cheick current estimated net worth is around $1 million.

He was capable to accumulate the sum from his successful MMA career since 2001. As per the report of 2014, Cheick was the top earner at Bellator 115 event.