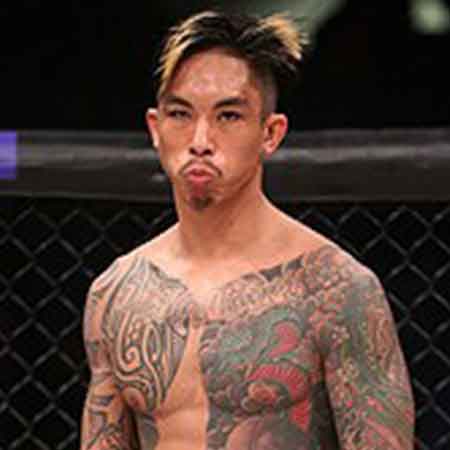 Labiano is engaged to his long-term girlfriend Myrel. The couple is living happily together.

Jeremiah Labiano was born on 18th November 1986, in Hayward, California, United States. His mother Lee Supnet is a Realtor. He belongs to an American nationality and holds a white ethnic group.

Labiano began martial art since his early age. He grew up along with his two sibling brothers. However, he hasn’t revealed his education background yet.

After that, Labiano competed at RF – Rebel Fighter which he won by defeating Tony Boyles and Junior Villanueva. However, Labiano lost the fight against Gabriel Carrasco at  DH – Dragon House 12.

Likewise, Labiano competed at  Gladiator Challenge and won the fight over Justin Santistevan. And back to back, he won two other fights against Keith Carson and Bernard Turner at  AFC – Arise Fighting Championships and WFC 6. Besides this, Labiano also competed at TPF 17 where he won only a single fight over Adam Calderon.

Labiano defeated Tyson Nam at  WFC 11 and then signed for  Bellator in 2015. He made his Bellator debut on 4th December 2015, and won his debut fight against Alvin Cacdac via decision. But Labiano lost his second Bellator fight against Josh San Diego.

Well, Labiano then won two regular fights over Vince Murdock and Stephen Cervantes. He lost his last fight against Noad Lahat at Bellator 188.

Jeremiah Labiano is in a relationship with his long-term girlfriend, Myrel who is a yoga instructor. Labiano and Myrel began dating on 6th August 2003. At that time, Labiano was just 17 years old. Well, on 1st January 2017, the duo got engaged.

Moreover, the couple celebrated their 14th dating anniversary on 6th August 2017. Myrel shared a beautiful picture of her and Labiano on Instagram. Moreover, they are enjoying their love life and often shares pictures of each other on Instagram.

Although the couple is already engaged, they haven’t mentioned any plans of getting married. Besides this, there are no any rumors of their separations as well as other affairs.

Being such a prominent MMA fighter, Jeremiah Labiano earns an astonishing amount of money. He has competed in several competitions and has won several of them. Labiano has maintained a standard life.