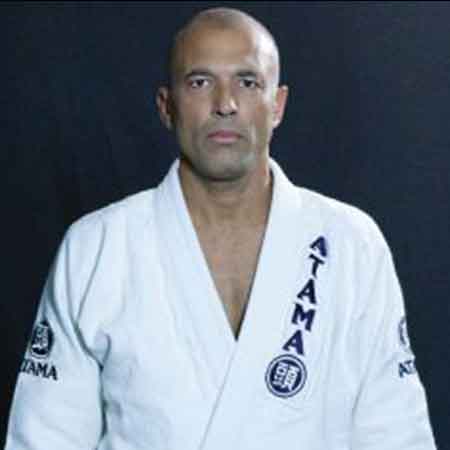 One of the most influential figures in the history of MMA, Royce Gracie is a Brazilian semi-retired professional mixed martial artist. He currently competes in the middleweight division of Bellator MMA. Gracie is the winner of UFC 1, UFC 2, UFC 4 in between 1993 and 1994.

Royce Gracie was born on 12th December 1966, in Rio de Janeiro, Rio de Janeiro, Brazil. He is the son of Helio Gracie and Isabel Gracie. Gracie belongs to a Brazilian nationality.

On November 12, 1993, Royce Gracie made his UFC debut at UFC 1. Gracie won the debut fight against Art Jimmerson via submission. He won the regular fights over Ken Shamrock and Gerard Gordeau and became the UFC 1 champion. Likewise, Gracie further competed at UFC 2 and was able to become the champion.

At UFC 3 Gracie got the victory over Minoki Ichihara, Jason DeLucia, Remco Pardoel and  Patrick Smith. Moreover, Gracie won the fight against Kimo Leopoldo at UFC 3. In between 1993 and 1994, Gracie regularly won the UFC 1, UFC 2 and UFC 4. He won the fights over Ron van Clief, Keith Hackney, and Dan Severn at UFC 4. However, Gracie had a draw against Ken Shamrock at UFC 5.

Furthermore, Gracie competed at Pride FC and won the first fight against Nobuhiko Takada. But he lost his second fight against Kazushi Sakuraba which was his first loss in the whole career. Moreover, Gracie lost his first UFC fight against Matt Hughes at UFC 60. On February 19, 2016, Gracie made his Bellator debut against Ken Shamrock at Bellator 149 which he won via TKO.

Royce Gracie was previously married to Marianne Gracie. Gracie and Marianne shared their vows back in 1995. The couple has three sons Kheydon Gracie, Khonry Gracie and Khor Gracie and a daughter Kharianna Gracie.

However, even being the parents of four children, the couple failed to continue their relationship. So in 2016, Gracie filed a divorce with Marianne. Gracie and his ex-wife Marianne were in a married relationship for 22 years. Their divorce was finalized in the same year.

Gracia is currently single and yet there are no any rumors of his other affairs. Furthermore, he hasn’t dated other girls in past too.

Since long, Royce Gracie has competed in several MMA championships and has won many of them. From his MMA career, Gracie has earned an astonishing amount of money and has maintained a standard life. As of now, Gracie has an estimated net worth of $5 million.