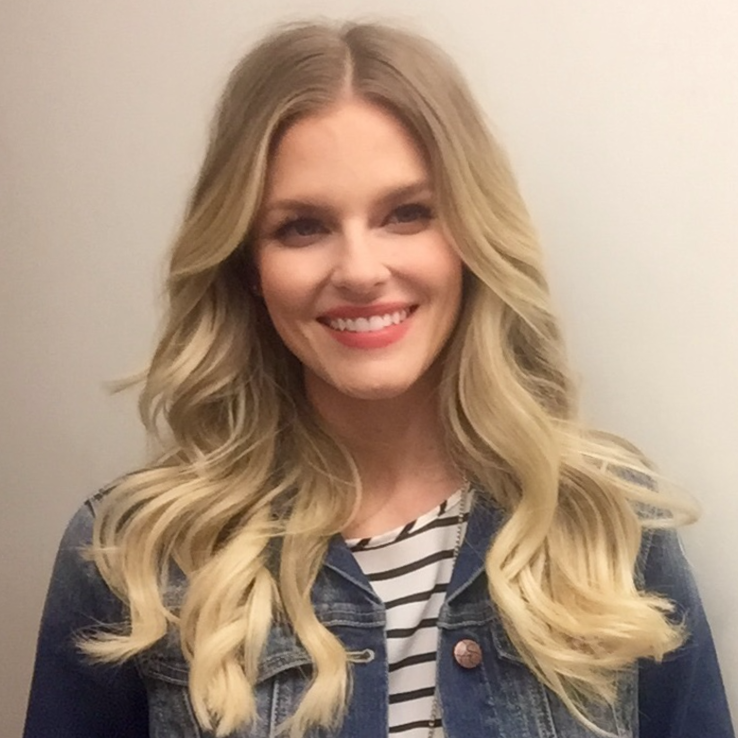 Chelsey Crisp is an American comedian, actress, and writer. She is famous for playing the role of Honey Ellis on ABC’s television sitcom Fresh Off the Boat. Likewise, she is also known for her guest-starring roles in the series Happy Endings, Rizzoli & Isles, NCIS, NCIS: New Orleans and Mike, and Molly.

Chelsey is a married woman and her husband’s name is Rhett Reese.

Chelsey Crisp was born on 5th June 1983 in Phoenix, AZ. Growing up in Phoenix, she developed her interest in acting and started to perform in community theater from her young age.

Crisp attended Agua Fria High School and at the age of age 18, she moved to Los Angeles, where she attended the American Academy of Dramatic Arts from 2001 to 2003.

Afterward, she studied Shakespeare at the British American Drama Academy in Oxford, England. Since then, she continued her studies with Steppenwolf West, Stan Kirsch Studios, Carolyne Barry Creative, and the Upright Citizen’s Brigade.

Chelsey Crisp made her acting debut in 2004, playing the role of Hostess, Massage Therapist in the TV series, Scare Tactics. She made her first leading role in a film Dr. Chopper, where she played the role of Jessica in 2005.

However, Chelsey earned wide recognition after featuring in TV shows such as CSI: Miami, A to Z and Adult All Girl Sexy Sleep Over Party. She also appeared on The Grinder, The League, New Girl, Mike & Molly, Happy Endings, The Office and The Joe Schmo Show.

Chelsey portrayed as Honey Ellis on ABC’s Fresh Off The Boat since 2015. On 12th May 2017, ABC renewed the series for a fourth season.

On the set of Fresh Off The Boat

Additionally, Crisp is an artistic director and part of the comedy team, Duchess Riot. Although she took off her career up to the big screen, she has not left the stage line and still performs and even travels in different troupes.

Chelsey Crisp is a happily married woman. She got married to Rhett Reese on 5th November 2016. The couple first met each other at a wrap party for Spike TV’s The Joe Schmo Show, where Chelsey worked an actress and her spouse, Rhett Reese, as a producer.

[ CAPTION: With her husband during their wedding day ][ SOURCE: Hitberry ]

After few official meetings, they began to date each other. Knowing each other for more than three years, the duo took their affair to the next level and got engaged in 2015 during the Christmas holiday.

The couple got married in front of 225 guests in Paradise Valley, Arizona in 2016. As of now their relationship is going very well and living a blissful married life.

[ CAPTION: With her husband ][ SOURCE: Hitberry ]

Chelsey Crisp earns a good sum of money in her career. She portrayed in several hit movies and tv series through which she is able to earn a good sum of money. Appearing in numerous films, television shows, and theatre productions, she obtains a decent amount of salary.

Furthermore, she has a beautiful apartment in Los Angeles where she lives with her husband. Her net worth is estimated to be around $1.6 million. As Chelsey Crisp is still active in her acting career, her net worth will definitely get higher in upcoming days.