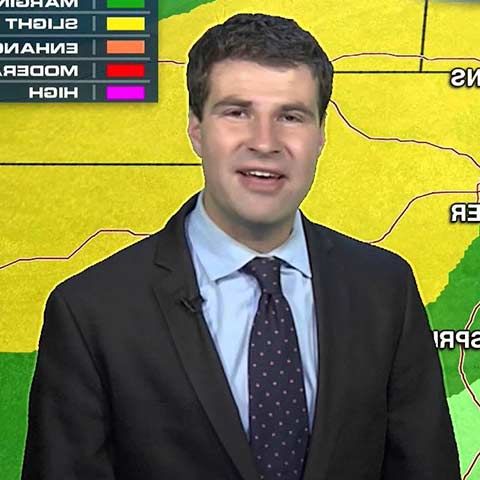 Chris Bianchi represents himself as a Meteorologist who has been working for WeatherNAtion TV, Inc. since 2014 as a full-time on-air meteorologist. He also has experience of working as a beat writer for Colorado’s Major League Soccer team, Colorado Rapids for coloradorapids.com and mlssoccer.com.

His identity as a weatherman led him to earn a look at WABC-TV in New York, where he did the weather live on-air when he was just 15. He was fascinated by weather from his early days. He still remembers when he predicted about the weather, writing “Partly Cloudy” in Ms. Benn’s Kindergarten class.

Since then he has been in the field predicting the weather condition and making people aware of the changes in weather. Following his passion for weather, he attended Boston University and continued his study being a weather nerd.

While studying at the University, he was also updating weather on campus radio and TV stations and served student newspaper as a daily forecaster. After graduation from BU, he joined Mile High Sports and ESPN Denver and pursued his certification in Broadcast Meteorology from Mississippi State University.

In 2007, he joined Weatherversity and worked as Administrator and Founder for more than two years. In December 2009, he joined WGCH Radio where he anchored weather updates for Greenwich, CT radio station WGCH as a replacement for regular meteorologist Bill Evans (WABC-TV, New York). He also served ZDM Design Studio for 6 months as a public relations consultant and editor.

In April 2010, he joined Mile High Sports Radio and served as host, senior producer and Mile High Sports Radio AM 1510, FM 93.7. He was in charge of running three shows. In June 2012, Chris became editor-in-chief of www.milehighsports.com and served in the position for seven months. Bianchi joined KDVR-FOX 31 as a meteorology intern in January 2013.

He also has experience of working for ESPN Denver as executive producer/reporter and Major League Soccer as a Colorado Rapids beat writer. At ESPN Denver, he was in charge of developing content for on-air talent and was columnist/reporter for www.espndenver.com.

While working for Major League Soccer, he held the position of in charge of games stories, interviews, sidebars and active social networking and interaction with fans. Since February 2014, he has been associated with WeatherNation TV, Inc as an on-air meteorologist. He is responsible for production and development of all on-air graphics.

Bianchi is a talented and multi-platformed and has gained name and fame as a journalist with widespread experience in radio and television and print journalism. Till date, he has kept his personal life hidden from media.

Chris Bianchi hasn’t shared any information regarding his married life, relationships, and children. Bianchi is active on social networking site Twitter where he keeps updating about the weather. Official Website of WeatherNation has published his detailed biography.