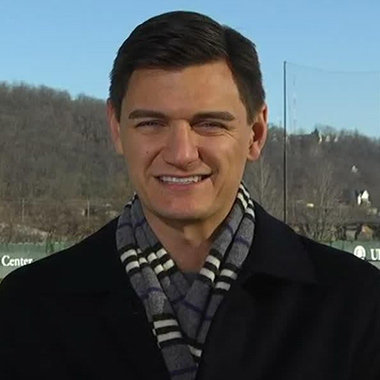 Jeremy Fowler is an American Sports Journalist who has been associated with ESPN since 2014. He also has experience of working as a national college football insider with CBSSports.com. Before joining ESPN, he has been working for CBS since 2012. Jeremy Fowler also covered the Minnesota Vikings for the St. Paul Pioneer Press for two seasons and Florida Gators for the Orlando Sentinel for two years. He has been a contributor for CBS Sports Network.

Born and raised in Orlando Florida, he completed his high school education from one of the well-known school of his hometown. Having a keen interest in Journalism, led him to join the University of Florida. He joined the University in 2003 and graduated with a degree in Journalism.

Upon graduation, he joined The Albuquerque Tribune in June 2004. He served the Albuquerque as a sports writer for more than three years. During his tenure in Albuquerque, he covered High School Sports and UNM Men’s Basketball. In 2007 he joined The Orlando Sentinel and started to work there as a sports writer. He covered Time Tebow in Florida for the Orlando. Later, he moved to CBS Sports and lived in Chicago as a national college football insider for CBSSports. At the same time, he also appeared on the CBS Sports Network as a weekly panelist on the show Fast Football. In 2014 he joined ESPN and started to work in the position of a senior NFL writer. Fowler has experience of covering Manziel in Cleveland and he also covered Minnesota for the St. Paul Pioneer Press from 2010 to 2012.

At ESPN and Honors

After joining ESPN, he has been frequently appearing on SportsCenter, NFL live and NFL insiders and also has been adding coverage of the Pittsburgh Steelers and Cleveland Browns. He also frequently appears on Sunday on ESPN’s Live coverage of the NFL Draft, Sunday NFL Countdown. He has also been broadcasting stories in essay form. Fowler has been associated with ESPN’s NFL National, that gives coverage of 32 NFL teams. He has also been serving in digital video, news, and long-form storytelling and trend stories on the league.

Recognizing his contribution in American Sports Journalism, he has been honored by many associations and societies including the Associated Press Sports Editors, Florida Society of Professional journalists, Scripps-Howard and the Football Writers Association of America.

Fowler is a married man. A source has stated that Fowler has a son and the family currently resides in Cleveland. Fowler is active in social networking site twitter where he has 29K followers. To get more information on this Veteran journalist, his biography on ESPN.com can be referred.