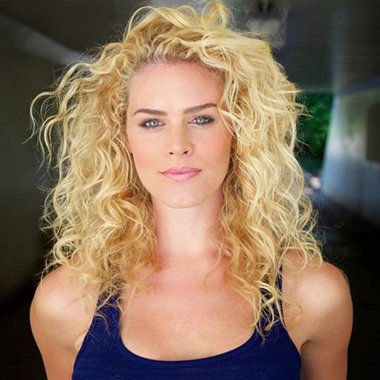 Kelly Lynn Dowdle, often known as Kelly Dowdle is an American Model and actress who is best known for her role in Big Momma’s House 2, Ever of Understanding (2006) and Underbelly (2007).

Early Life and her belief in Spirituality

Born on July 10, 1984, in Oklahoma City, United States, Kelly Lynn graduated from Lamar High School, Arlington, Texas in 2002. During her University days, she was a volleyball player and appeared in various tournaments along with fellow actress from Arlington, Texas, Taylor Cole. She is a Texas transplant and she always has her home-grown, Southern roots.

Dowdle has an inclination towards spirituality and she focuses on staying encouraged and staying spiritually grounded. She believes that we human all are made uniquely by god and we are born to accomplish many things in the Life. She studied corporate communications, interpersonal communications at the University of Texas at Austin and at the same time, she also earned Bachelor of Science (B.S.), Business/Corporate Communications in 2005. During her days at the University of Texas, she was involved in various activities such as Pi Beta Phi, Cowboy Sweetheart, Student Council and Delta Tau Delta Little Sister. She is a fluent speaker of the Spanish language.

“We all have a purpose and passion. My goal is to continue to explore what that is for myself, embrace it, and let it flourish."

She started her professional career from January 2005 when she joined Pitney Bowes as a Sales Representatives. She worked in the same position for 2 years. In October 2005, she joined Talent Agency- Talent where she gained knowledge of the Austin film industry and auditioned for top producers and directors. In July 2006, she became sales executives at Abbot Laboratories and participated in a six-week training program for Fortune 500 company. He also appeared in online training programs on a monthly basis. In July 2006, she became Pharmaceutical Sales Representatives of Abbott Laboratories. Similarly, she has worked on the various positions for Abbot Laboratories.

Career as a Model

Besides working as a sales executive, she has had the pleasure of working with some prominent photographers and companies, artists and individuals. She has also made appearances in various big budget Hollywood films such as Big Momma’s House 2 (2006), Eve of Understanding (2006) and Underbelly (2007).

Believing on her own capability led her to the position she currently holds. She has got marvelous body figure which can turn down any men. Kelly stands tall with a height of 5’9’’. With her curly hair and perfectly maintained body she looks sexy in short dresses.  Kelly is active in all social networking sites and has numerous fan followings in her social networking profiles.