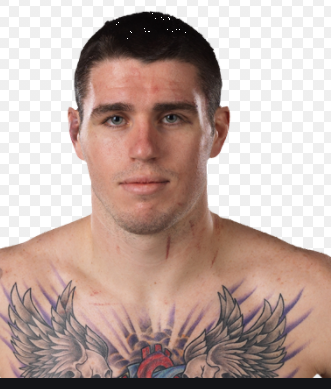 Chris Camozzi is an American professional mixed martial artist and Glory kickboxer.  Previously, he competed in the Middleweight division of the Ultimate Fighting Championship. Besides, he also competed for the HDNet, Shark Fights, MFC and Spike TV’s 11th season of The Ultimate Fighter.

Chris Camozzi is married to Sacha Camozzi. The couple looks perfect together. It has been almost five years of their relationship, and till the date, the couple is living a cozy life.

Chris Camozzi was born on 20th November 1986, in Alameda, California to American parents. He has a brother, Brian Camozzi who is also a professional mixed martial artist.

Chris started wrestling and playing rugby at his high school. In the beginning, he focused on rugby in order make it as a professional career. He also played rugby at the Fort Lewis College.  However, he later dropped college and began training Brazilian jiu-jitsu and Muay Thai. Chris’s coach was impressed by his growing ability, and he was then sent to train MMA.

Handsome and hardworking, Chris Camozzi’s first professional fight was against Jesse Taylor for the King of the Champion Middleweight Championship. However, Chris lost the match in the third round.

Afterward, he signed with The Ultimate Fighter where he fought with Victor O’Donnell to get into the house. Camozzi won the fight after three tough rounds. Damage to both competitors was noticeable.

Only a few defeated Comozzi. As of MMA record, he has won 24 games out of 37. Moreover, he also became UFC’s Performance of the Night and Prize FC Middleweight Champion.

Youtube: Chris Camozzi and his brother Brian talks about UFC

Chris Camozzi is married to a beautiful woman, Sacha Camozzi in 2013. The couple looks perfect together. It has been almost five years of their relationship, and till the date, the couple is living a cozy life. Chris often posts pictures of himself hanging out in different places with Sacha.

The couple has maintained their relationship very strong as till the date they have not involved in any love affairs and neither any serious conflict has been there. Despite their strong relationship, the pair has not yet planned to share children.  The couple might be busy making their professions and might be planning for it.

Chris Camozzi has accumulated a huge amount of salary from his UFC career. Till the present context, he has fought 37 games, and out of that, he has won 24 games through which he receives a good sum of money.

Moreover, Chirs also receives a good sum of money from several fashion lines and brands as an endorsement. Allocating information from several sources as of 2018 it is found out that Chris Camozzi current estimated net worth is around a million dollar.