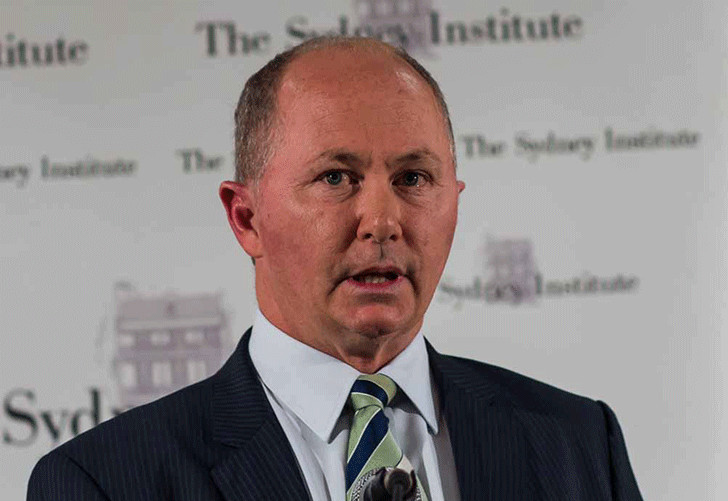 “I’ll be remembered as the journalist called a dog fucker who stood up for his rights” Chris Kenny while fighting against his edited photo of having sex with dog broadcast by The ABC.

Chris Kenny is one of the famous names as a politician, columnist and program host in Australia. Born on 1962, Adelaide, Australia, Kenny has worked for various famous networks such as The Australian newspaper as a columnist and for Sky News Australia as the host of program Viewpoint.

At the early stage of his life, Kenny had an interest in wildlife and he studied wildlife management before he returned to university to study journalism. He had worked for South Australia’s National Parks and Wildlife Service as a student of Wildlife Management. But later on in his he changed his career path and moved to journalism. While working for The Murray Pioneer in South Australia,   He won National Tree Program Media Award in1985. Later on, he started to work for The News in his hometown Adelaide. He started his career in Television from ABC’s 7.30 Report. He worked for Adelaide’s Network Ten station and Channel Nine in 1989 and in 1997 respectively. He had also served as a columnist for The Sunday Mail, The Adelaide Review, and The Advertiser.

Coming to his Political Career, In 2000 Kenny worked as a political adviser for Liberal Premier of SA, John Olsen as Director of strategic Communications and became staff chief when Rob Kerin replaced Olsen. In 2002, as a media adviser, he served for Foreign Minister Alexander Downer’s office and had experience of handling major issues such as the Iraq War, the AWB scandal, and the Bali. He was nominated as staff chief for the Foreign Minister in 2006 and he registered his name for Liberal Part Pre-selection for the Adelaide Seat of Unley. He was defeated by David Pisoni in this election .

During his career in Media, Kenny worked for various famous networks in Australia such as A Current Affair, 5AA, The Australian, ABC The Drum, Sky News, The Weekend Australian and Sunday Mail. He served as a columnist, radio host, reporter and anchor for these networks. He was chief of staff of Turnbull during Utegate Scandal and resigned when Turnbull lost the Liberal leadership. In September 2013, Kenny faced humiliation when his photos, having sex with god, broadcasted in The ABC program. Later on, it was found that the photo was edited and Kenny fought for Justice, launching a defamation action against the ABC program and its host Andrew Hansen. Due to his action, managing director of the ABC apologized for the incident.

Besides Journalism, Kenny has a keen interest in Australian rules football. He attended various Australian football tournaments as a close observer. He also played for SANFL clubs Norwood and West Adelaide at Reserve Grade level. From 2014, he has been working has an official ambassador of the Adelaide Crows AFL club since 2014. There has been no any authenticating source to reveal the exact figure of his earnings and net worth.