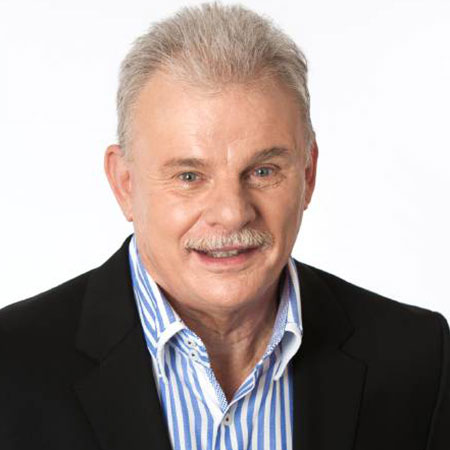 Dick Whitaker, often known as Richard Whitaker, represents himself as a meteorologist and author. He is currently serving SKY NEWS Weather and SKY NEWS Live as a chief Meteorologist. Born on 15 July 1947, Whitaker belongs to Australian Nationality. He has made his identity as Australia’s premiere weather man and has experience of working over more than 40 years in the field.

Dick’s interest in weather ignited after he observed a runaway weather balloon. He started to observe weather phenomena from his childhood and started to dream of being a weather man from his childhood days. But his dream was put in hold after completing his university study when he had to join two-years in the army as a National Serviceman.

At the age of twenty four, Whitaker finally got chance to follow his dream. He started to work with the Bureau of Meteorology in 1971. After working for more than ten years, he was promoted to officer in Charge of the Facilities and Information section of the Bureau. He worked as a charge for three years and again promoted to Senior Operational Forecaster in the Sydney. He worked as a senior forecaster in the South Wales office of Bureau for nine-year period. After gaining experience of more than a decade, he became manager of commercial arm of the Bureau in 1993, where he dealt with unexpected circumstances and disaster recovery operations.

In 1984, recognizing his contribution in field of Meteorology, he was awarded with an Australia Day Achievement. At the end of his tenure at Bureau, he worked as a apporteur in the World Meteorological Organizations for the Committee of Agriculture Meteorology. Dick began his own consultancy for meteorological business after he left the Bureau in 2002 and retired from Bureau. He began to work for The Weather Channel after joining Fox as first meteorologist and promoted to Chief Meteorologist in 2011. In 2012, he joined SKY NEWS Weather and continued to lead the weather team of SKY NEWS. During this period he wrote and edited numerous meteorological books. He appeared as a guest speaker at various events on Meteorology.

Currently, he works as presenter for numerous radio stations in Australia. He has also written various books discussing about the weather and natural disaster.

Working for 40 years he has owned special place in Australia in a field of meteorology and weather. He is considered as the one of the best Meteorologist in Australia and has gained name and fame throughout the world. He also has made enough money from his profession but there has been no any information about hi net worth and earnings. While coming to his personal life, he remained silent about his personal life and matters. He might have been in relationship with different women but there has been no authentic information about his past  affairs, marital status and present relationships. More information on dick can  be found on facebook through his facebook profile.