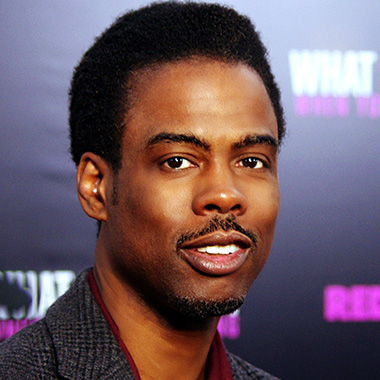 Chris Rock was born on February 7, 1965, in Andrews, South Carolina, United States. His birth name is Christopher Julius Rock. He moved to Crown Heights, Brooklyn, New York as a child with his parents Rosalie (mother) and Julius Rock (father). His mother was a teacher and social worker while his father was a newspaper deliveryman and a truck driver. His father died after going through ulcer surgery in 1988. He has a younger brother’s named Tony, Kenny, and Jordan.

While he was in his school days, he used to be bullied and got beating from white students. He left James Madison High School after the bullying became worse. He also decided to drop out of high school. He also has worked at various fast-food restaurants before he rose to mainstream.

THE BULLIED CHILD BECAME ONE OF THE GREATEST COMEDIAN

In 1984, Chris Rock started doing stand-up comedy in New York City’s Catch a Rising Star. He then earned a role in the film I’m Gonna Git You Sucka. He also appeared in the television series Miami Vice. He then met Eddie Murphy who helped him his first film role in Beverly Hills Cop II. In 1990 he was cast in the series Saturday Night Live. He and his other new cast members Adam Sandler, David Spade, Chris Farley and Rob Schneider were known as the Bad Boys of SNL. He released his first comedy album titled Born Suspect in 1991. He also played a crack addict in the film New jack City. In 1993 he left Saturday Night Live. He started appearing in show In Living Color as a special guest star. However, the show was canceled.

He wrote and starred in the mockumentary CB4. Unfortunately, the film was not a success. In 1994 he starred in comedy special Big Ass Jokes. In 1996 he did second stand-up special in Bring the Pain. After this, he became one of the best comedians in the industry. He was also awarded two Emmy Awards. During the 1996 Presidential elections, he played the role as a commentator for Comedy Central’s Politically Incorrect. He also won Emmy nomination. He has also hosted ’97 MTV Video Music Awards. In 1999 he appeared in Bigger & Blacker and in 2004 he appeared in Never Scared. Time and Entertainment Weekly called him as the funniest man in America. He also aired his talk show The Chris Rock Show. The show was awarded Emmy for writing. For his television work, he won 15 nominations and three Emmy Awards.

He also has released the Grammy Award-winning comedy albums, Bigger & Blacker and Never scared and Roll with the New. On September 27, 2008, Kill the Messenger was premiered. For this, he won another Emmy. He starred in the film Bad Company, The Longest Yard and Down to Earth. In 2010 he appeared in 2 Days in New York, Death at a Funeral and Grown Ups. He has written and directed I Think I Love My Life and Head of State

Rock also did a voice jobs in the animated film Madagascar. Based on Rock’s school days, a comedy series called Everybody Hates Chris was premiered in 2005. In August 2002 his series Totally Biased with W. Kamau Bell was premiered. He also has hosted the 77th Academy Awards ceremony. He has released a video song “Your Mother’s Got a Big Head” from his debut album “Born Suspect”. From his album “Roll With the New” he released the video song “Champagne” and from his album “Bigger & Blacker” he released the video song “No Sex”. He also appeared in Big Daddy Kane’s music video “Smooth Operator”.

On November 23, 1996, Chris Rock got married to Malaak Compton-Rock. He is also the founder as well as the executive director of StyleWorks. The couple is blessed with two beautiful daughters named Lola Simone and Zahra Savannah. They currently reside in Alpine, New Jersey. He filed for divorce from Compton-Rock which he announced in December 2014. In 2007 former actress Kali Bowyer claimed that he is the father of her son. Later after a DNA test, it was confirmed that he was not the father of her child.

Rock, who is been influenced by Dave Chappelle, Christian Finnegan, and George Lopez, is ranked no.26 on Top 100 Richest Comedians with a net worth of $70 million dollars.