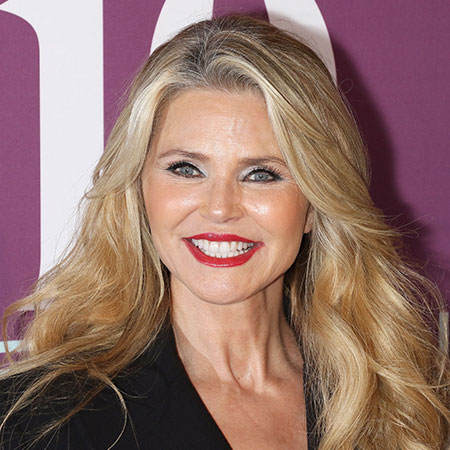 Christie Brinkley is an American model as well as an actress. She came to known for her appearance with three consecutive Sports Illustrated Swimsuit Issue covers through 1981. She was also the face of CoverGirl for twenty-five years.

Christie was born on February 2, 1954, in Monroe, Michigan, United States. Her birth name is Christie Lee Hudson. She was born to Marjorie and Herbert Hudson. Her mother remarried to television writer Don Brinkley. She has a brother named Gregory Donald Brinkley. She attended the Paul Revere Junior High School. From 9th to 12th grade she attended the Le Lycee Francais de Los Angeles. She graduated in 1973.

She was discovered by photographer Errol Sawyer in 1973. Her modelling pictures were taken by him and introduce her to John Casablancas of Elite Model Management agency. She then met fashion photographers Mike Reinhardt and Patrick Demarchelier. She was booked for three national ad campaigns. She appeared on the cover of Glamour. She also had a 25-year contract with cosmetics brand CoverGirl. She appeared on Sports Illustrated Swimsuit Issue Edition cover in 1979, 1980 and 1981. She was also featured in Sports Illustrated Calendar. She appeared in covers of Cosmopolitan, Esquire, Harper’s Bazaar, US, Rolling Stone, Glamor, Newsweek, Harper’s Bazaar and Vogue.

In 1983 she got her first role in the film Vacation. She also appeared in the documentary King of the Hamptons in 2011. She then appeared on NBC’s Mad About You. She also hosted Celebrity Weddings InStyle. In 1983 she appeared on the Today Show. She began her own television series Living in the 90’s—With Christie Brinkley in 1992. She also appeared in Sports Illustrated Swimsuit Issue Specials. She promoted national Family Fitness Day with Dr. Carlon Colker in 2008. She wrote a book titled Christie Brinkley’s outdoor Beauty and Fitness Book in 1983. The book was about health and beauty tips. She released her own signature fragrance, Believe in 1998. She was voted as one of the 100 Sexiest Women by Playboy readers in 1998. In December 2012 she appeared in a guest role in comedy sitcom Parks and Recreation. She hosted Anderson Cooper Live in December 2012.