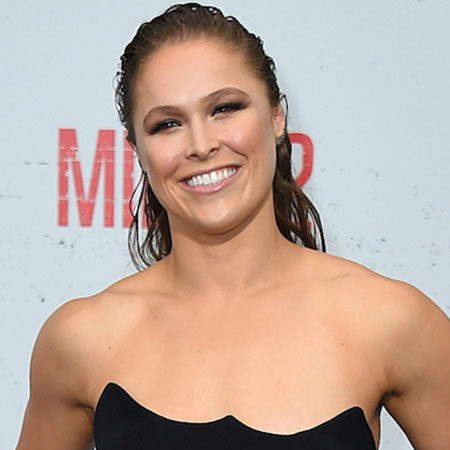 Her mother became the first U.S. citizen to win a World Judo Championship. When she was only 8 years old, her father committed suicide. Her mother remarried to an aerospace engineer. Due to apraxia, she could not form an intelligible sentence for first six years of her life. During her elementary school days, she was home-schooled. She dropped out from her high school. She earned G.E.D. When she was 21, she retired from judo and started her MMA career at the age of 22.

Since the age of 17, she began Judo with her mother. She became the youngest judoka to qualify for the 2004 Olympic Games is Athens. She won a gold medal at the World Junior Judo Championship in 2004. She won gold medal winning an A-Level tournament at the Birmingham World Cup in Great Britain. She became the first U.S. athlete to win two Junior gold medals. She ranked as one of the top three women in the world in February 2007.

On August 6, 2010, she made her first mixed martial arts debut as an amateur. She defeated Hayden Munoz in 23 seconds. On November 12, 2010, she entered the quarterfinals of the Tuff-N-Uff 145 lbs women’s tournament. On January 7, 2011, during semi-finals she faced Taylor Stratford and won in 24 seconds. On March 27, 2011, she made her professional mixed martial arts debut. She won against Ediane Gomes in 25 seconds. On June 17, 2011, she face against kickboxing champion Charmaine Tweet. She submitted Charmaine with an armbar in 49 seconds.

On August 12, 2011, she made her Strikeforce debut fighting against Sarah D’Alelio. In the first round, she defeated Sarah by technical submission. On November 18, 2011, she battled against Julia Budd at Strikeforce Challengers. She won in the first round. During the match, she dislocated Julia’s elbow. On March 3, 2012, she challenged Tate for her Strikeforce. She defeated Tate in the first round and became new Strikeforce Women’s Bantamweight Champion. She dislocated her elbow. On August 18, 2012, she went against Sarah Kaufman. She submitted her with an armbar in 54 seconds. She became the first female fighter to sign with the UFC. On February 23, 2013, she battled and defeated Liz Carmouche at UFC. She was able to defend her Bantamweight Championship title. She won the fight at 4:49 into the first round. During the fight, Liz dislocated Ronda’s jaw.

On February 28, 2015, she battled against Cat Zingano at UFC 184. She submitted Cat with an armbar in 14 seconds. The match became the shortest match in UFC history. She knocked down Bethe Correia in 34 seconds at UFC 190.

Ronda has appeared nude on the cover of ESPN The Magazine’s 2012 Body Issue. The Maxim Hot 100 ranked her in No. 29 in May 2013. She also appeared on the cover of Maxim magazine. She got her first role in The Expendables 3. She also appeared in the film Furious 7 in 2015. In the film Entourage, she played herself. On September 9, 2015, it was announced she would star in Road House.

Rousey was once in a relationship with her fellow UFC fighter Brendan Schaub. She was also rumored, that she dated another UFC fighter Travis Browne in August 2015. They posted a picture of them on twitter and Browne’s estranged wife Jenna Renee Webb accused the two for the picture. During this time, Browne was still married and was under investigation by UFC. in oCTOBER 2015, Browne confirmed he and Rousey were together and the next day, Rousey revealed publicly that she has been dating Browne.