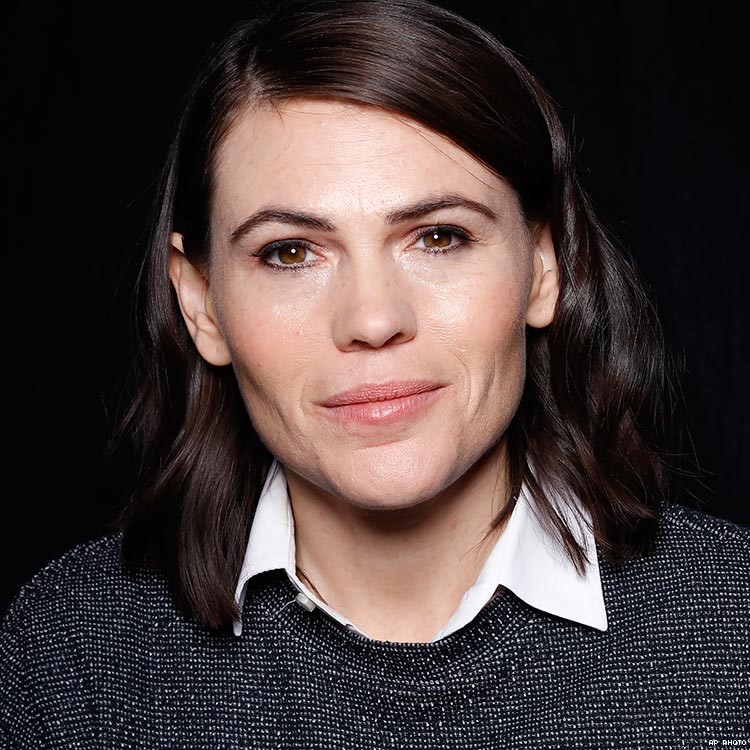 Clea DuVall is the familiar face of entertainment industry of Hollywood. She is recognized as an excellent performer in the production like “Identity,” HBO Supernatural Series, “Carnivale,”  and “ 21 Grams” in 2003. She is a phenomenal actress of the movies like “Wild Flower” and “Sleeping Beauties.”

Clea Helen D’etienne DuVall was born on 25th September 1977, in Los Angeles, California, United States. She is the daughter of Rosemary Hatch and Steph DuVall and belongs to white ethnicity. When she was 12 years old, her parents divorced. Her mother remarried another man, which was not acceptable for Clea and left the home that led her to drop out of high school.

DuVall, a shy young girl, faced lots of difficulties after she left her family and home. However, she used to do part time job to settle and to pay rent for the apartment. Later, she joined the Los Angeles High School of the Arts to be an actress in future and eventually graduates.

Clea started her acting career soon after her graduation as a spot guest roles in series and also portrayed small roles in movies. She was only 18 years old when her debut film “Little Witches,”  a low-budget horror movie where she played a role as Kelsey in 1996. In an interview, she said that she used to work in the coffee shop when the movie was shot.

Her first major role was in the movie “The Faculty” (1998) as Stokley, a strange, terrible Goth girl. After that, she appeared in “But I’m a Cheerleader” (1999) as a tattooed lesbian and “Interrupted “(1999) as a person with a mental health condition. She also played in “Astronaut’s Wife,” an American science fiction thriller movie in 1999 as Nan, where her performance was critically acclaimed.

After that, Clea became popular from the Emmy award winning,  HBO television series “Carnivale” as Sofie which ran from 2003 to 2005. She achieved Satellite Award nomination from the “Helter Skelter” in 2004 as Linda Kasabian.

In 2012, she starred in the movie, “Argo,” as Cora Lijek, historical drama film by Ben Affleck. Critics praised the movie, that led DuVall received a Screen Actor Guild Award for outstanding performance by a cast in Motion Picture. 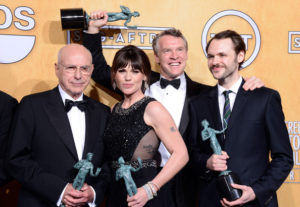 She also did a recurring role in the second season of the FX anthology horror drama series “American Horror Story” (2011) as the girlfriend of Lana Winters, Wendy Peyser. In 2014, she appeared on Lifetime’s Lizzie Borden Took an Ax as Emma Borden.

Clea DuVall also directed a short movie called “It’s Not Easy Being Green” starring Leisha Hailey, Carla Gallo and herself. In 2016, she made her feature directorial debut on the film “The Intervention,” American Comedian drama film, starring herself as Jessie. She wrote her character as gay in this movie and tried to show the normal relationship of Gay couple. Some of the starring cast of the film were Melanie Lynskey as Annie, Alia Shawkat as Lola, Cobie Smulders as Ruby and Jason Ritter as Matt Ritter.

As of now, Clea is not yet married and is not in long term relation with any guy. Nevertheless, she is a rumor to be gay. She is interested in women and has a girlfriend named, Ellen Page. She never talked about her sexuality but never denied about being gay. 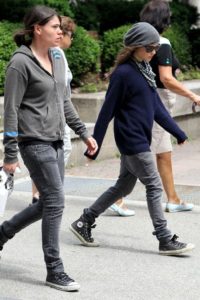 In past years, she was also linked up with women like Summer Phoenix, American actress and Carla Gallo, the actress famous for “Carnivale.” However, her relation with them was never official. Besides loving girlfriend, she adores cats and also has two pet cats in her home in Los Angeles, California.