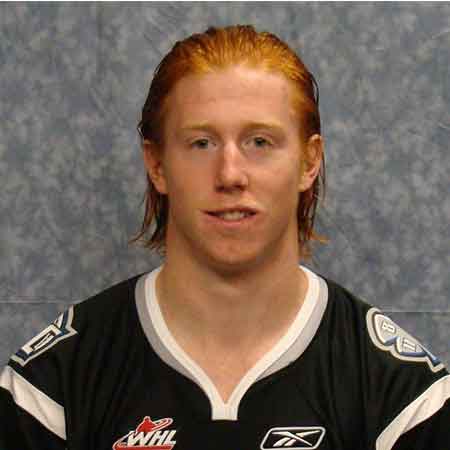 Eakin began playing hockey in his school days. However, he hasn’t revealed the name of his school and colleges.

In 2004-2005, Cody Eakin began his ice hockey career playing for Monarchs Bantam AAA in WBA. Likewise, he also played for Swift Current Broncos in WHL from 2006-07. Before turning professional, Eakin played major junior hockey for the Western Hockey League where he was named to the WHL (East) Second All-Star Team for two times.

Washington Capitals picked Eakins during 2009 NHL Entry Draft. During the starting of  2011–12 season in the AHL, Eakin played for Hershey Bears. However, he was called back to NHL parent team by Washington Capitals on 1st November 2011 and made his NHL debut on the same date.

Eakin made his first NHL goal against Cam Ward of the Carolina Hurricanes on 4th November 2011. He was traded to the Dallas Stars during 2012 NHL Draft.

We know more about the profession of Cody Eakin but when it comes to his personal life, Eakin often keeps it a secret. However, the 26 years old ice hockey player Eakin is not married yet and is currently single. Moreover, he hasn’t dated any girls in past as well.

Furthermore, there are no any rumors of his love affairs. Well, Eakin might be focused on his career rather than being in any relationships. Although Eakin is not married yet and is still single, his sexuality is straight. He hasn’t said or done anything that makes us feel doubt about his sexuality.